Iranian President-elect Hassan Rohani, described as a “moderate” by media after he narrowly won this week’s election to success Mahmoud Ahmadinejad, was on the committee that planned the mega-terrorist bombing of a Jewish center in Buenos Aires in 1994. He also has backed hiding Iran’s nuclear program.

Western diplomats’ knee-jerk reaction to any change on leadership in the Middle East, except in Israel, was full of praise for Rohani.

The United States “respected” the election results and is ready for “direct” engagement and intends “to aggressively push to resume negotiations with Tehran on its nuclear program by August to test his new government’s positions.”

The Financial Times reported that Rohani “was the only moderate candidate in a race with five fundamentalists.”

How is he moderate? First of all, he is well-mannered. When someone tries to kill you, doesn’t it feel so much better when he smiles?

He is very pragmatic. He was on the special Iranian committee that plotted the 1994 bombing in Argentina, killing 85 people and wounding hundreds of others.

Former Iranian intelligence official Abolghasem Mesbahi, who defected from Iran in the late 1990s, has previously testified that Rohani was then serving as secretary of the Supreme National Security Council in 1993 and was a member of the committee that approved the bombing, according to the Washington Free Beacon.

“Supreme Leader Ali Khamenei led the special committee, according to the indictment, and Khamenei and Rafsanjani made the ultimate decision to go ahead with the attack,” the Free Beacon explained.”

Reuel Gerecht, a senior fellow at the Foundation for Defense of Democracy, told the Beacon, “Rohani’s power at that time comes directly from one individual, and that’s Rafsanjani. As far as that bombing was concerned, because Rafsanjani had to give his approval for that, there was no doubt Rohani was aware of it, and obviously his approval’s not necessary. He’s a subordinate. But he certainly would have been aware of all the discussions that led to the attack.”

How else is Rohanai a moderate? He supported the deadly suppression of crackdown on students protests in 1999.

Okay, so he hates Jews and is against protests? But maybe he is prepared to save the Iranian economy and ditch the nuclear program?

If his story is a clue, the answer is,“No chance.”

Rohani has supported concealing the Iranian nuclear program, saying that the West will accept it in the end just like it did hen Pakistan achieved nuclear capability. “The world started to work with them,” Rohani has stated.

Rohani was Iran’s chief nuclear negotiator from 2003 to 2005. He said in a speech in Iran in 2004, “As for building the atomic bomb, we never wanted to move in that direction …”

But: “If one day we are able to complete the (nuclear) fuel cycle and the world sees that it has no choice, that we do possess the technology, then the situation will be different.”

In other words, “If we don’t have an atomic bomb, I don’t want it. Once we have it, that’ a different story.”

When Iran was caught try to hide its nuclear development towards the end of the 20th century, Rohani stated.  “This (concealment) was the intention. This never was supposed to be in the open. But in any case, the spies exposed it. We did not want to declare all this.”

Rohanai is practical like a fox. He can be compared to Mahmoud Abbas, who wears a suit and a tie instead of Yasser Arafat’s kefiah and pistol. The difference between Abbas’ Fatah party platform and Hamas is style. Both have the same objective of destroying Israel.

Rohani is much more polite than Ahmadinejad, but his tacit approval of the murder of Jews in Buenos Aires show that his intentions are no better, if not worse.

Like Abbas, he will use is mild manner to try to convince the West how much he really wants to cooperate with the U.N. International Atomic Energy Agency.

Rohani, in 2004, spoke in favor of cooperating with the West, according to Reuters.  He actually supported a freeze on enriching uranium, but only temporarily. 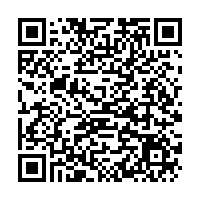