The current activity at the Turkish-Syrian border suggest that Turkey prepares to invade Syria, Russian Defense Ministry spokesman Igor Konashenkov said Thursday, according to various reports in Russia’s state-sponsored media. “We have good reasons to believe that Turkey is actively preparing for a military invasion of a sovereign state – the Syrian Arab Republic,” Konashenkov told reporters. “We’re detecting more and more signs of Turkish armed forces being engaged in covert preparations for direct military actions in Syria,”.

Meanwhile, Russia’s Federation Council Speaker Valentina Matviyenko told Israeli media that Russia is content with the level of cooperation with Israel over military operations in Syria.

Last year, during Prime Minister Benjamin Netanyahu’s visit to Moscow, an agreement was reached by the two countries on coordination between Russia’s Aerospace Force and Israel’s Air Force. Matviyenko noted, according to TASS: “We are satisfied how our mechanism has been tailored,” which we only vaguely understood, but assume she meant to say, “We are pleased with the way our agreement has been adjusted.”

As to Turkey, the Russians are not at all pleased with its plan to invade a country they’ve already invaded. As Konashenkov remarked with thick irony, “We’re perplexed by the fact that the usually talkative representatives of the Pentagon, NATO and of the groups allegedly protecting the rights of Syrian people remain silent despite our calls to react to these actions.”

The Russians are irate because Turkey will not allow a Russian inspection flight over its territory, which they take to prove that Ankara is hiding illegal military activity on the border with Syria.

Elsewhere on the Syrian front, another Russian Defense Ministry spokesman announced Thursday that since the start of February Russian planes have made 237 sorties and attacked almost 900 targets in five Syrian provinces. 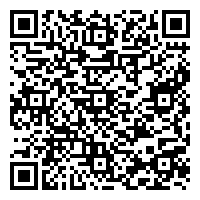