Israel is installing a tsunami warning system along its Mediterranean coastal beaches this past week.

Radar-based systems linked with similar stations in other Mediterranean nations were installed in Ashdod, Hadera and Haifa. The project is receiving assistance from the European Union.


The systems can detect unusually high waves and irregular tidal action, and issue a pre-emptive warning of up to an hour.

A similar natural earth movement sensor project called “Truah” is being installed along Israel’s eastern border in the region adjacent to the Great Rift Valley. The 120-sensor earthquake early-warning system will provide a safety window of anywhere between a few seconds to a few minutes’ notice, depending on the location of the epicenter of the temblor. “Truah” is expected to be operational by 2019.

The Mediterranean tsunami early warning sensors have been spread out so as to span the entire coastline.

In a few more months, they will be connected to the Home Front Command Red Alert siren system, which will trigger in case of an impending tsunami.

Under those circumstances, coastal residents will be ordered to evacuate beaches and coastal areas for higher ground and more easterly regions.

Early warning systems for tsunamis are also crucial in order to protect power stations in Tel Aviv and Ashkelon, and desalination plants, that could be damaged.

Similar systems set up in Lebanon and Turkey are linked with “sister stations” installed from Portugal – the furthest west – to Ashdod, the farthest southeast. Eventually the system will reach as far as countries in North Africa. 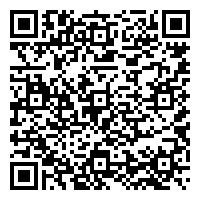