The new Samsung Galaxy J2 Pro represents the tech giant’s attempt to capture some of the low-end market, which is dominated by no-nonsense phones selling for around $30, with a higher functioning smartphone that can do a lot except access data over 3G, LTE and WiFi. A low-end Android without the modems, perfect for kids, seniors and – the Haredi market.

Back in 2012, Haredi rabbis declared war on the Internet, admonishing their followers who couldn’t give up their shiny iPhones and Androids. They held a huge rally at CitiField Stadium in Queens, to launch the war against the Internet and, at the top of the blacklist – the smartphones.


The Satmar Rebbe made headlines back then when he gave his flock one month to get rid of their smartphones or find a new rebbe. One yeshiva dean who noticed a smartphone in a bride’s purse during a chupa destroyed it, without interrupting the flow of the ceremony.

Since then the battle over smartphones and the use of the Internet has calmed down, to the point where a 2016 Ben Gurion University survey showed that Haredim are using the Internet as much as everyone else. Still, the option of owning a cheap smartphone that’s also inherently kosher should attract some Haredi customers who’ve been forced to limit themselves to the Nokia low-graders.

The J2 Pro specs include a 1.4GHz quad-core chip paired with 1.5GB RAM and a 2,600mAh battery. The qHD Super AMOLED display measures in at 4.9-inches and, there’s a 8-megapixel lens on the back and a 5-megapixel shooter up top. The Galaxy J2 Pro is priced at $185 and comes in either black or gold.

Ideal for bar mitzvahs and weddings. 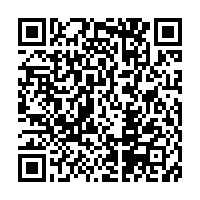