The Israeli beer industry includes a wide range of brew masters from native Israelis to North American immigrants whose microbreweries can be found across the country from the Golan, Western Galilee and Jezreel Valley, to Ein Hod and Emek Hefer in the north and in the Negev.

In the hills of Judea, Gush Etzion also has its very own brewery known as the Lone Tree Brewery. Established four years ago by David Shire, originally from Glasgow, Scotland and his wife, Miriam from Tunisia, along with an American couple, Yochanan and Susan Levin, the brewery offers a wide array of flavors to the Israeli market.


Most likely the only Scottish brew master in Israel and maybe even in the Middle East, Shire has been living in Israel for the past 30 years.  A biologist, who was studying for a PhD when he first made aliyah while working at Hadassah, Shire made a career switch to landscape gardening and eventually discovered the brewery business as well.

“Back in the UK, you feel as though you must have a certain professional status, but once in Israel, I found that this was largely not the case – it’s acceptable to work in all sorts of jobs. I would rather work in gardening and making beer than in a lab with mice,” Shire told Tazpit News Agency.

Growing up in Scotland, Shire was very familiar with beer and believed that there was a void to fill in the Israeli market. Along with his American counterparts, the Levins, who are also his neighbors in the Neve Daniel community, Shire and his wife discussed one night the possibility of opening a boutique brewery. “We didn’t necessarily drink a lot of beer growing up, but we knew what good beer is supposed to taste like,” said Shire whose mother still lives in Glasgow.

“With that in mind, we wanted to make the best beer possible,” Shire explained, pointing to a periodic table of beer styles tacked on the brewery wall.

The initiative didn’t begin with sweeping expectations. “We started out small, making our own styles of beer based on traditional recipes. The next step was to see if the beer would sell.”

In addition to creating seven unique flavors of beer which include London Pale Ale, Belgian Piraat Ale, California Steam Ale, and Extra Oatmeal Stout, an Irish flavor, Shire and his partners also had to come up with a unique label for their beer. “We wanted a name that would reflect that the beer was crafted in the hills of Judea, and therefore we chose Lone Tree, a symbol of this region.”

The lone tree is a 700 year-old oak tree that stands in Gush Etzion near the Alon Shvut community. The tree became a symbolic landmark to Jewish residents forced to leave behind their communities when Gush Etzion fell to the Jordanian Legion in May 1948. Among the heavy losses, the Jordanians destroyed Kibbutz Kfar Etzion, established in 1935 while also killing its 127 Jewish defenders the day before Israel’s Declaration of Independence. During the 19 years that Gush Etzion was under Jordanian control until Israel’s victory in the 1967 war, the children of Gush Etzion would go to certain observation points in Jerusalem to glimpse the oak tree from afar, dreaming of their return home.

Today, the Lone Tree Brewery, which is located a few minutes away from the famous oak tree, sells its brews across Gush Etzion and Jerusalem, producing a few hundred bottles each month with plans to expand. The brewery also makes specialty beers for Jewish holidays including a popular date and pomegranate beer for Rosh Hashana.

“There is something magical about making beer here in Israel,” adds Shire, pouring a glass of Extra Oatmeal Stout. “When tourists come to visit us, they get to experience phenomenal views of the Judean hills and the coast, soak in the area’s history, all while drinking a quality hand-crafted beer. It doesn’t get any better than that.”

The Lone Tree Brewery is located in the Gush Etzion forest in the Abu-Cleb Recreational Park, a 15-minute drive from Jerusalem. 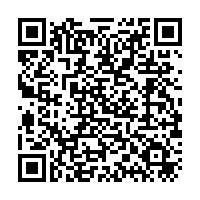