Syrian President Bashar Assad’s popularity continues to slide, with at least 10,000 soldiers in the army defecting.

Army loyalists have been ordered to hunt down deserters, with a major battle between Assad’s forces and opposition forces taking place in Idlib on Tuesday.  Though Western intelligence organizations say Syrian military leaders remain loyal to Assad, lower-level officers and entire units are going AWOL in large numbers.  The army is considered the most crucial component in protecting Assad’s regime.


Demonstrations against Assad’s military rule and in favor of democracy have been met by a massive and violent government crackdown.  On Tuesday, at least 150 people were killed in battles between Assad’s army and the opposition, with 100 more on Monday, bringing the total death toll to approximately 5,350 since the uprising began in March.  Tuesday’s battle is being touted as the bloodiest day yet, raising fears that a civil war is close at hand.

Israeli Defense Minister Ehud Barak has stated that he believes Assad’s regime will fall within a matter of weeks, and that regardless of who would succeed him, it would be a major blow to the Iran-Hizbullah alliance.

However, a concern remains that the army’s huge rocket and missile hoard could fall into the hands of terror groups.  In the 2006 Second Lebanon War, Hizbullah fired over 4,000 rockets into Israel.

A letter submitted to US President Barack Obama by 50 US experts on Syria, Middle East policy and strategy beseeches him to take a more active role in affecting the Syrian situation.  Top national security officials, academics, Syrian, Egyptian, and Lebanese activists and ex-patriots are calling on President Obama to toughen sanctions against Assad’s Syria, and to provide more assistance to the opposition, as well as partnering with Middle Eastern countries sympathetic to the opposition – such as Turkey – to provide harbor for Syrian refugees.  An estimated 20,000 people have fled the country in the last 9 months, primarily to Turkey, with some going to Lebanon, Libya, and Jordan.

Earlier this week, Assad agreed to allow monitors into Syria at the insistence of the Arab League. 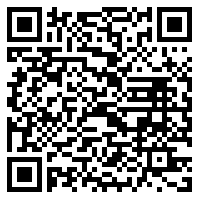