The family of the soldier who on Thursday was arrested for shooting a terrorist after the latter had been neutralized, possibly suspecting that he was carrying a suicide bomb, on Saturday night conducted a press conference outside its home in the Tel Aviv area. The soldier’s sister tearfully attacked the media and senior politicians whom she said have already run a court-martial of her brother, while he, being in uniform, is unable to talk back. “All that’s left to do is execute [my brother],” she said. The soldier’s sister stood with her back to the cameras, to protect her brother’s identity.

“My brother is experiencing his most difficult hours,” the sister said. “Since the video was published he has become public enemy number one, with the sponsorship of [leftwing] NGO B’Tselem, the IDF Chief of Staff and the Defense Minister. Over the past two days all we hear are the heads of the army conducting his summary execution and he can’t talk. The heads of B’Tselem have published a video showing a one-sided view of the event, the media are slandering him, branding him with the harshest names — and he can’t talk.”


The sister called on Prime Minister Netanyahu and Defense Minister Moshe Ya’alon, who have attacked her brother’s actions, “to think for a minute what would happen tomorrow, when a soldier is afraid to act. I ask in the name of our family that you permit him to defend himself. Some of you have lynched him over the air, turned him to dust. I ask for some pity.”

The soldier, a medic in the Shimshon battalion of the Kfir Brigade, last Independence Day received an “outstanding battalion fighter” certificate. Many politicians and senior military officers immediately condemned the shooting of the terrorist, one of two who had attacked and stabbed an IDF soldier. Even though the terrorist appeared neutralized and was lying on the ground, the sound in some of the videos of the event includes a warning in Hebrew that he might be wearing a suicide belt.

The soldier’s sister wrote on her Facebook page: “You sent a boy to defend the nation of Israel, so defend him when something happens. It didn’t take place on a class trip, or even during training, it happened at the arena of an attack. My kid brother shot a terrorist who came with a knife to murder an IDF force in Hebron, and suddenly my kid brother, in our State of Israel, is a murder suspect according to our military prosecution.”

“The system knifed my brother in the back,” she concluded. 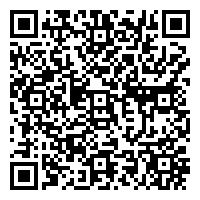