Large police and IDF forces have begun on Friday morning to evict Jewish dwellers from the two buildings next to the Cave of the Patriarchs which they had entered Thursday.

MKs Ayoob Kara (Likud), Oren Hazan (Likud) and Bezalel Smotrich have informed Prime Minister Netanyahu that the evacuation of the Jews from the two buildings would result in their resignation from the coalition. MK Smotrich tweeted overnight: “If the homes that were purchased by the Hebron settlers are evacuated because the Defense Minister was insulted that they didn’t coordinate the takeover with him, this would be a serious folly which we cannot endorse.”

If the three MKs make good on their threat, it could effectively spell the end of Netanyahu’s 61-member coalition.

The twenty Jewish families who entered their two homes near the Cave of the Patriarchs in Hebron Thursday afternoon spent the night inside their apartments, under an IDF watch that was making sure no one new would enter. The two buildings stood empty over the past 15 years, according to Walla. Officially they are considered Arab property, and there was a loud clash with local Arabs just after the takeover, but the Jewish dwellers say they have the documents showing they purchased the buildings, which should be verified over the next few days.

Newcomer Shulamit Goldenberg told Walla, “We entered quickly, with minimum equipment — mattresses, clothes, bedclothes. Later we will furnish the apartments completely. We’re happy to be inside. These buildings were purchased legally, and just as a Jew is free to purchase anywhere in Israel, we should be here as well.”

As of Friday morning, the future of these families is in the hands of the sole governor of the Jewish parts of Judea and Samaria, Defense Minister Moshe Ya’alon. While most of Israel is a democracy, these areas have been under martial law for 49 years, since June 1967. And so the IDF has been stationed outside the two buildings since Thursday, moments after the takeover had been completed. Because even under martial law, possession is still a good part of the law. Their mission for now is to discourage the entry of potential new dwellers, and to make life a little difficult for the men and women inside. But everyone, soldiers and dwellers, are awaiting the decision of the sole ruler, the Minister of Defense.

Hebron resident Shlomo Levinger says an association named Harkhivi Mekom Ohalekh (Heb: expand the area where your tent is pitched) which is in the business of redeeming homes in the City of the Patriarchs, Hebron, taking a page from Abraham’s play book, purchased one of the buildings four years ago. The association stresses secrecy in acquiring Arab owned properties, since both the sellers and the brokers are risking their lives with the deal. As was made clear to millions of Israel TV viewers this month, left-wing NGO activists are lurking in the Hebron area and elsewhere in Judea and Samaria, seeking to turn over to the Palestinian Authority Arabs who are involved in selling land to Jews.

Palestinian Authority law defines selling land to Jews as a capital offense. Arabs who were caught selling their own land to Jews were arrested, tortured and in a few cases executed. And so the association does not go about making good on a purchase until it is certain that the lives of the seller and the broker are no longer in danger.

Levinger said he was concerned that Ya’alon “will not exhibit the courage and strength to lift Israel’s spirit in entering the Hebron home and will want to evict” the Jews. But he is not discouraged. He explains using a pun on the Biblical verse “Bedamayikh Khayi” (Ezekiel 15:6) which is cited by the Passover Hagadda. The verse means: “You shall live by your bloods,” a reference to the menstrual blood and the circumcision blood — family purity and the covenant with God — which are the source of the Jewish nation’s longevity. But the word “Damim” also means money, and Levinger’s purchase suggests that the same national longevity may also be born by purchasing, at full cost, homes in Hebron and elsewhere in Judea and Samaria.

And so a nation turns its eyes to Moshe Ya’alon, who gained several character points back in 2005, when a wary Prime Minister Ariel Sharon refused to renew his term as IDF chief of staff because he didn’t trust him to carry out the eviction of Jews from the Gaza Strip. Will he or will he not choose to evict these Jews from their Hebron homes? 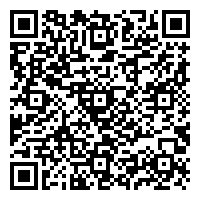