The World Chess Federation has finally decided to put an end to the Arab world’s discrimination against Jews and Israel, warning Tunisia that it could lose its chance next year to host the international chess competition, if it refuses a visa to the champion of Israel, as it did with last year’s competitors.

Tunisia is scheduled to host the 2019 World Schools Chess Championship.

So far, the country has refused to grant an entry visa to seven-year-old Liel Levitan, the European School Individual Chess Champion in her age group, for the upcoming FIDE (World Chess Federation) tournament.

Tunisia has no diplomatic ties with Israel, despite its Jewish population and its past appeals to for annual tourism by international Jewry. Some Jews do come back to Tunisia, particularly around the time of Lag B’Omer, when the ancient synagogue on the island of Gerba is packed with former residents and family members of those who remained in the community.

But when it comes to Israeli competitors, Tunisia has a completely different policy.

Nevertheless, the World Chess Federation has had enough — or at least, has reached its limit thanks to an inquiry in response to a query by StandWithUs, an Israel advocacy organization.

FIDE secretary Polina Tsedenova said in an email last week quoted by The Jerusalem Post that the organization is taking necessary measures to put pressure on Tunisia to allow entry of all participants.

“We have requested an urgent explanation from the Tunisian Chess Federation,” Tsedenova wrote.

“We are also sending them a separate letter requesting written confirmation that the 2019 World Schools Championship, which is scheduled to take place in Tunisia, will provide visas to all participants. Only after that will the organization of the tournament be confirmed for them.”

StandWith Us spokesperson Gilad Kabilo praised the move in response, saying in a statement, “This is unprecedented and represents a breakthrough in the accountability of international sports organizations regarding the mistreatment of Israeli athletes in world sporting events.” 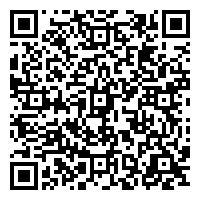