A Haredi man, 40, was injured in a stabbing attack at the entrance to a store in the Petach Tikva market, on Baron Hirsch Street.

According to reports, the victim pulled the knife out of himself and then attacked the Arab terrorist, age 20, and together with the store owner used it to stab him to death.


An eye witness told Walla: “The Haredi man came out of the store with a knife stuck in his neck and yelled, ‘I got stabbed.’ He then pulled out the knife, went back inside the store and stabbed the man. There was a big tumult. When I finally entered the store I saw the attacker lying in a pool of blood.”

The stabbing victim was taken to Beilinson hospital with wounds to his upper body. 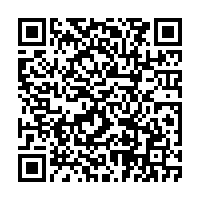