Two boys, both younger than ten, were circumcised on Sunday, in Eksjö, central Sweden.

“The police received a call on Sunday from someone who had heard the boys screaming,” local police spokesman Göran Gunnarsson told the TT news agency.


The police arrived at the scene to find a 36-year-old woman, believed to be related to the boys—but it wasn’t clear at the time if she was their mother. She was arrested on suspicion of aggravated assault, since it is illegal to perform circumcisions in Sweden without the supervision of a medical professional.

In 2001, the Swedish parliament passed a law to protect boys against being circumcised without a professional present. The legislation was designed to safeguard against all the imaginable results of an unskilled circumcision, from unnecessary discomfort to infection and, potentially, death.

After the first two months of life, circumcisions can only be performed by a physician in Sweden. The stated purpose of the law was to increase the safety of the procedure. But that would make it especially tough for Muslims, who circumcise boys at age 13, the age at which Abraham circumcised Ishmael.

Swedish Jews and Muslims objected to the law at the time. In 2001, the World Jewish Congress called it “the first legal restriction on Jewish religious practice in Europe since the Nazi era.” The requirement for an anaesthetic to be administered by a medical professional is a major issue, and the low availability of certified professionals willing to conduct circumcision has also presented a problem.

According to a survey, two out of three pediatric surgeons said they refuse to perform non-therapeutic circumcision, and fewer than half of all county councils offer it in their hospitals.

In 2006, the U.S. State Department stated, in a report on Sweden, that most Jewish mohels had been certified under the new law and some 3000 Muslim and 50 Jewish boys are being circumcised each year there.

But, according to a Swedish newspaper source, an estimated 2000 of the circumcisions in Sweden are performed by persons who are neither physicians nor have been officially certified.

The Swedish National Board of Health and Welfare reviewed the law in 2005 and recommended that the law had failed to increase the safety of circumcisions in Sweden. A later report by the Board criticized the low number of legal circumcisions, which are the result of many health professional’s refusal to conduct or supervise the surgery.

The prosecutor assigned to the case in Eksjö told Sveriges Radio that the boys were doing well despite the circumstances.

That’s a relief. Although I would recommend follow up, both by an MD and a therapist.

Most circumcisions in Sweden take place in the Jewish and Muslim communities. According to TT, the practice is extremely rare in the wider population.

According to a September 2012 report by Sveriges Television, Swedish health authorities estimate that around 3,000 male circumcisions take place in the country each year.

“You’ve got to be practical. We can’t say ‘You can’t circumcise your children because we don’t do that here in Sweden,’ because it will happen anyway,” Gothenburg pediatrician Tomas Arvidsson told Sveriges Radio. “Which means we have to perform circumcision, and the least we can do is to have certified personnel to take care of the operation.”

In 2001, the Swedish Parliament enacted a law allowing only persons certified by the National Board of Health to circumcise infants. It requires a medical doctor or an anesthesia nurse to accompany the circumciser and for anaesthetic to be applied beforehand.

I’m not a medical person, but the thought of applying anesthesia to an 8-day old infant sounds dangerous to me.

Temple Mount to be Closed to Jews on Jerusalem Day? 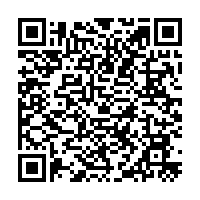