Rebel soldiers fighting troops loyal to Syrian President Bashar Assad briefly held part of a town outside Damascus late Saturday, making their boldest push yet in more than 10 months of protest that are growing increasingly into an armed uprising.

Witnesses said the Free Syrian Army held territory and set up roadblocks in Douma, a center of dissent, for up to several hours before retreating to their hideouts. The fighting began, they said, after government forces fired on a funeral procession for a resident who had been killed during protests.

Also on Saturday, at least 14 people were reported killed in a rebel attack on government troops in the north of the country, near the Turkish border. An army truck was struck by four bombs, then attacked by gunmen.

The fighting comes as the Arab League weighs whether to renew its observer mission, widely considered a failure because violence has only increased since it began its work a month ago. Syrian opposition groups have asked for foreign troops to be sent to the country to provide greater security for citizens. Arab League officials have said they are leaning toward authorizing a more robust team, possibly including United Nations observers and/or military advisers.

With the situation in Syria deteriorating, the United States said before the weekend that it may have to close its embassy in Damascus and remove all personnel from Syria. 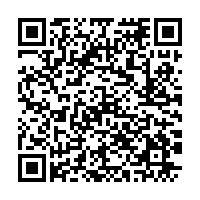