Palestinian Authority terrorists continued their attempts on Tuesday to kill Israelis — this time military personnel — with the second and third attack taking place just two days after a major drive-by shooting attack wounded seven Israelis outside the Jewish community of Ofra, in the Binyamin region of Samaria.

In Judea, Israeli Border Guard Police officers shot and killed a Palestinian Authority terrorist during an attempted ramming attack near the city of Hebron.


The terrorist attacked personnel from the Israeli Civil Administration who were operating in the village of Idhna, northwest of Hebron, ramming his vehicle into their car.

The injured Israeli officer sustained minor wounds and is reported to be in good condition.

The second attempted ramming terror attack was carried out in the Jordan Valley, where IDF soldiers shot and wounded a PA terrorist when he ignored repeated calls to stop his vehicle, and instead drove straight at the troops in a clear attempt to run them over.

The incident occurred during an Israeli operation that was taking place to address illegal Arab construction in the northern sector of the Jordan Valley.

IDF soldiers were deployed to the scene to secure the operation.

The terrorist received medical care for his wounds and then was transferred to security personnel for further questioning. 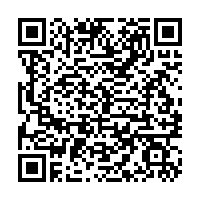