The IDF chased a terror cell on Saturday night that was on its way to commit a terror attack, the IDF spokesperson said. The terror cell was armed with a “Carlo” rifle.

On Saturday, an IDF lookout spotted between 6 to 9 PA Arabs who crossed the security fence, heading towards Um El-Fahm in a vehicle. One of them was suspected of being armed with a “Carlo” rifle.


According to Arab social media, the suspects threw a bag out the window with the gun and bullets in it. The IDF confirmed it captured the gun.

There were initially conflicting reports from the IDF as to whether or not the cell was captured. But the spokesperson has since confirmed to multiple radio stations that the gun was captured but the terror cell escaped. 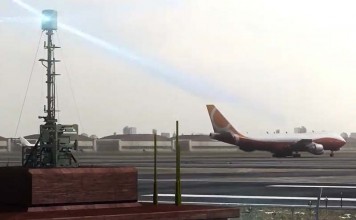