To extend the closure in Gaza and Judea and Samaria till Sunday. During the weekend, an additional assessment will be held on the topic.

To reinforce and support police forces in patrols and searches for the terrorists, and to employ the means necessary at crossing points and other areas in order to prevent the terrorists from escaping and traveling to Judea and Samaria.

To conduct the relevant intelligence activities and operations.

At the end of the situation assessment, Minister Gantz spoke of the severity of the terror attack that took place, which is part of the recent wave of attacks. He emphasized that the perpetrators will pay a heavy price for the attacks and for terror incitement.

Minister Gantz expressed his condolences to the families of the victims and wished a rapid recovery to those wounded. 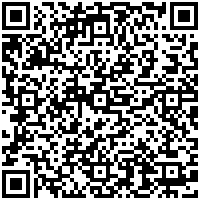