The efforts of Gaza’s balloon bomb terrorists are continuing, with the latest launches reaching as far as 60 kilometers into Israeli territory.

On Saturday, one of the balloon bombs flew as far as the resting place of Israel’s founding father, the late Prime Minister David Ben Gurion and his wife, Paula.

Just a few minutes before the start of the Sabbath on Friday, a cluster of balloons was spotted in the agricultural area of a kibbutz in the Shaar HaNegev Regional Council district. The Israel Police bomb squad was deployed to the scene to neutralize the homemade bomb that was attached to the balloons.

One day earlier, on Thursday, a balloon bomb carried an improvised explosive device into Israeli territory taped on to a soccer ball; an especially enticing toy for an unwary Israeli child.

IED balloon hidden in a football was found in Sha'ar Henegev pic.twitter.com/593xY70VWR

Now Jewish parents must teach their children not only to beware of pretty, colorful balloons, but also soccer balls and any other toys they might find in the fields . . . 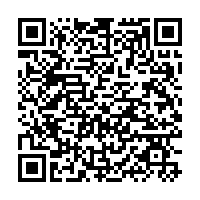