Gaza’s ruling Hamas terror group threatened Tuesday night to strike Tel Aviv if Israel does not stop targeting “residential buildings” in Gaza. Its terrorist allies issued their own threat from their Joint Operations Room, vowing to “shut down Tel Aviv.”

The group said it would hit buildings in Tel Aviv that are similar to a high-rise in Gaza City that was struck and collapsed by the IAF, if Israel does not desist from its attacks.


“If Israel continues to bomb residential buildings in Gaza, the next target will be Tel Aviv,” a Hamas spokesperson said.

Unofficial Hamas Al-Qassam-linked channels marked 9 pm as the time for the strike on Tel Aviv, and there was consensus by Israeli correspondents that this attack would materialize.

The Palestinian Islamic Jihad terror group, a Hamas ally, also threatened its “response” to the collapse of the 13-story Hanadi Tower in Gaza — a barrage of rocket fire to take down Tel Aviv high-rises.

“Roof Knocking” with two dummy missiles was conducted against the Hanadi Tower in Gaza City shortly after 7:30 pm Tuesday night to warn those inside to leave the building ahead of an impending attack.

Residents of the tower also received SMS warnings — apparently sent by the IDF — to evacuate; a typical IDF courtesy ahead of its attacks. The “roof knock” indicates the building is going to be hit shortly by Israeli combat pilots.

Some Gazans had already begun live broadcasts opposite the Hanadi Tower in anticipation of the Israeli strike, a local source said.

Five minutes later the tower was hit by at least six Israeli missiles, and afterwards appeared as though it might collapse.

IAF pilots fired several more missiles at the base of the building to completely collapse it, after sending numerous warnings for its tenants to evacuate.

Some of the security guards in other Gaza City high rises have also reported receiving messages from the Israeli military to evacuate tenants ahead of impending airstrikes.

Numerous Israeli aircraft entered the airspace over Gaza some time earlier ahead of what Prime Minister Benjamin Netanyahu warned would be a large air strike on terrorist positions.

Gaza factions resumed heavy attacks on southern Israel after the Hanadi Tower was destroyed; the salvos target towns between Sderot and Netivot.

Hamas subsequently warned in a statement that at 9 pm, its forces will fire on Israel from ‘an entirely new front’. Hamas media sources warned of coming attacks on Tel Aviv, according to the IDF.

The Iron Dome aerial defense system intercepted 200 of the missiles, all of which were heading to populated civilian areas. 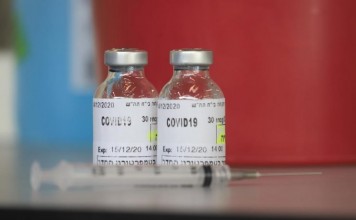 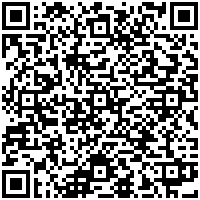