Magen David Adom emergency medical response teams reported late in the evening that 17 people were taken to area hospitals, including at least nine with physical injuries. Two of those were critically wounded, according to the report. Among the wounded were two 13-year-old boys, and a third who was 16 years old. A 54-year-old man was immediately taken into surgery. Ten older people were hurt as well, including several who were treated for shock.


Hundreds of rockets, missiles and mortar shells were fired at the western and central Negev by terrorists in Gaza. The Iron Dome aerial defense system intercepted at least 21 launches that sent rockets heading for densely populated areas in the south; nevertheless, the projectiles that managed to find their targets did considerable damage.

Two rockets exploded at around 1 am Thursday in the city of Sderot, one at the entrance to a home and the second near a factory in the area. Miraculously, there were no injuries reported, but the explosion caused damage in both attacks. The IDF ordered residents in the region to remain close to safe spaces and bomb shelters; most elected to bed down with their families as the rocket barrages grew closer and closer together with the passing hours.

In the first barrage, a rocket struck gas balloons outside a home in the border city of Sderot. The ensuing explosion and flames left multiple wounded, including a man with shrapnel wounds and nearly a dozen others in shock. Two pregnant women were also taken to Barzilai Medical Center after they went into labor as a result of the stress.

In response, the IDF launched a large-scale attack on terrorist positions in Gaza. Israel Defense Forces attacked 12 ‘terror targets’ throughout Gaza, including the manufacturing facility the military said had helped to build the attack tunnels.

No group has taken responsibility for the attacks thus far, but Israel is holding Hamas responsible, as it has maintained sole control over the enclave since 2007.

“The IDF sees with severity the terrorist activities of Hamas,” said the army spokesperson in a statement Wednesday night. “The IDF is prepared for a variety of scenarios and is determined to fulfil its mission of defending the citizens of Israel.” 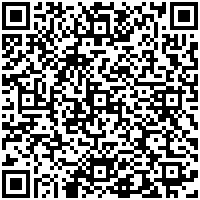