The soldier was studying in in the Ohr Torah Stone Machanaiim Hesder Yeshiva in Migdal Oz.

Dvir, from Ofra, was been reported missing Wednesday night. His body was found at 3:00 AM.

The family was notified.

The IDF, the Israel Security Agency, and the police are on the scene and are searching the area.

In response to the horrible terrorist murder in Gush Etzion, in which the body of a Hesder student/IDF soldier was found near the community of Migdal Oz, Gush Etzion Regional Council head Shlomo Ne’eman said:

“Gush Etzion woke up to a difficult morning of spilt blood carried out by vile murderers. We are a strong and deeply rooted community in times of bereavement and heroism. We will not weaken as a nation and as an enterprise in Judea and Samaria. In these days in the month of Av, days of mourning for the destruction of the Temples and the long exile, we say to ourselves that our presence in the land of our forefathers is not temporary, but an existing fact for the ages. Our evil enemies will repeatedly try to hurt us, but our answer in response, similar to those fighters who fought for Gush Etzion in the War of Independence, is even more determined now – ‘Jerusalem forever!’”

Ne’eman added, “We send our condolences to the dear family of the victim who is suffering immeasurable pain and to the yeshiva where this hero learned. We are sending strength and encouragement. And to the Israeli government we say again – end this war through victory! Cut out the will of our enemies to harm us. Don’t leave them the option to hurt us. That is the only way to send a clear message and not to give them any hope. Israeli sovereignty in Gush Etzion in particular, and in Judea and Samaria in general is the only national response which is necessary.” 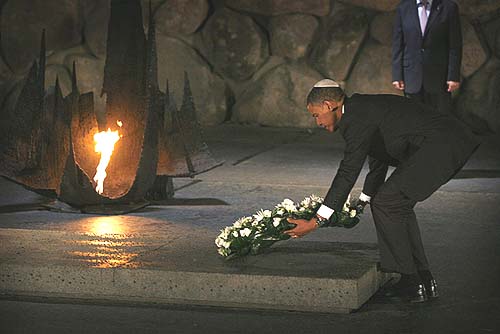