A suspected female terrorist was neutralized by Border Police at the Tapuach junction in the Shomron, early Monday afternoon.

The woman continued approaching the Border Policemen after they ordered her to stop, and continued towards them even after they fired a warning shot in the air, at which point they shot her in the leg.


Police initially suspected  the package she was carrying was bomb, according to TPS.

The woman, who was conscious, with a single leg wound, was taken to the hospital in an army ambulance. The bomb squad arrived to check the package she was carrying.

Update: The woman, in her 40s, was not carrying a bomb or any other weapons. She told interrogators that she wanted to be killed for “family honor”. 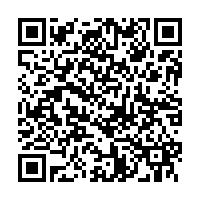