The United Kingdom followed the lead of the Trump Administration on Tuesday and banned electronics in carry-on luggage on flights from six airports.

But the British restriction differed from the electronics carry-on ban of the United States in several ways, including domestic flights as well as non-stop routes from two nations not covered by the U.S. — Lebanon and Tunisia.

The American restriction enacted Tuesday requires “all personal electronic devices larger than a cell phone or smart phone be placed in checked baggage at 10 airports where flights are departing for the United States.”

A spokesperson for British Prime Minister Theresa May said the additional security measures “may cause some disruption for passengers and flights, and we understand the frustration that will cause, but our top priority will always be to maintain the safety of British nationals.”

Among the domestic airlines affected were British Airways, EasyJet, Jet2.com, Monarch, Thomson and Thomas Cook, according to USA Today.

Airports in Morocco, United Arab Emirates and Kuwait are not on the United Kingdom list, but were included on the American document. Those in common were airports in Turkey, Jordan, Egypt, and Saudi Arabia. Tunisia and Lebanon were also on the list.

The U.S. Department of Homeland Security explained the reasons for enacting the ban were due to “evaluated intelligence [that] indicates that terrorist groups continue to target commercial aviation and are aggressively pursuing innovative methods to undertake their attacks, to include smuggling explosive devices in various consumer items.” 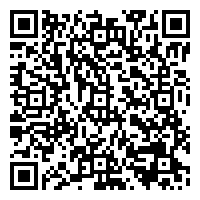