A U.S. District Court judge in New York dismissed a civil case brought by the family of slain Israeli American pro-Israel activist Ari Fuld against the PLO and the Palestinian Authority, citing lack of jurisdiction in a decision that could have broad implications in how American victims of terrorists can hold perpetrators liable.

The lawsuit was brought by Fuld’s family and the U.S. Justice Department after the 2018 murder of the 45-year-old father of four by an Arab terrorist.


While U.S. District Judge Jesse Furman described Fuld’s killing as brutal and horrific, he concluded in a Jan. 6 decision that he could not exercise jurisdiction over the case, despite being allowed to by the Promoting Security and Justice for Victims of Terrorism Act, which passed by Congress in 2019. The act was created to allow victims of terrorist acts by Arab terrorists and their families to sue in American courts.

Furman wrote in his decision that “Congress should not be permitted to circumvent fundamental constitutional rights through such sleight of hand.”

According to Reuters, Jeffrey Fleischmann, attorney for the Fuld family in the case, said he plans to appeal the decision.

Furman cited a previous court’s decision where 11 families won a $655.5 million judgment against the PLO and the P.A. in a Manhattan federal court but had the judgment overturned a year later by the 2nd U.S. Circuit Court of Appeals.

A D.C. circuit court also ruled against jurisdiction in three separate cases against Palestinian groups under the Justice Against Sponsors of Terrorism Act of 2015.

The 2018 law was intended to remedy shortfalls of the Anti-Terrorism Act in the previous cases, specifically indented for the P.A. and PLO.

The plaintiffs and the Justice Department argued that the law gave the P.A. and PLO fair warning that their actions would constitute consent to American jurisdiction and the organizations had responded by restructuring its operations, signifying that they understood the implications of the law. The Justice Department also argued that courts should defer to Congress and the executive branch when reviewing laws with foreign-policy implications.

But Furman disagreed, saying that courts should not abdicate their responsibility to protect the constitutional rights of a defendant.

“A defendant’s knowing and voluntary consent is a valid basis to subject it to the jurisdiction of a court, but Congress cannot simply declare anything it wants to be consent,” he wrote. “To hold otherwise would let fiction get the better of fact and make a mockery of the Due Process Clause.” 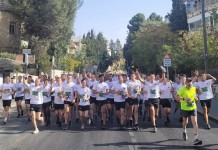 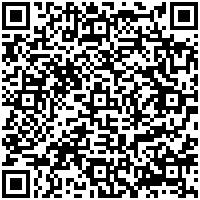