Israel’s rabbinical court on Tuesday evening issued a dramatic verdict that terminated the prosecution of Meir Gorodetsky, the most stubborn get refuser in Israel, who has been behind bars since the turn of the millennium for not granting his wife, Tzviya, a divorce, Kipa reported.

Gorodetsky has been refusing his wife a divorce for nearly twenty years after she had asked for a it on grounds of domestic violence. The Rabbinical Court accepted the woman’s request and ruled that her husband must give her a divorce, and he refused (still does).

Seventeen years ago, the most severe sanction allowed by the law was applied against Gorodetsky – imprisonment, during which he was also placed in solitary confinement, and denied various rights, including the right to consume Mehadrin kosher food. None of those steps convinced him to set his wife free.

For his part, Gorodetsky petitioned the High Court of Justice, claiming that he should not be kept in prison for more than ten years – but the court threw out his appeal. So it looked as if he would be spending the rest of his life behind bars.

A few months ago, the Center for Women’s Justice entered the picture and offered the agunah a magical solution, whereby a private court not sanctioned by the state would annul her marriage to Gorodetsky. The court, which is halachically proper, albeit not an official arm of the state, annulled the marriage with the signatures of Bar Ilan Professor of Talmud Daniel Sperber and two other rabbis whose identity is being kept secret.

The Center for Women’s Justice advised Tzviya to ask the Rabbinical Court to cancel all her claims against Gorodetsky, seeing as they had never been married halachically, which means he never broke the law.

The Rabbinical Court summoned the parties to a hearing in which the judges cautioned the ex-agunah that closing the case and releasing the husband was irreversible, and that Gorodetsky might seek to harm her physically to avenge his 17 years in prison – but she stuck to her guns, and so on Monday the rabbinical court dropped the case against the now non-husband. They also issued a protection order against his going near his non-wife.

Meanwhile, the rabbinical court, the police and the state prosecution are looking into indicting Gorodetsky on criminal charges for all his actions against Tzviya, which is why he was remanded to his prison cell until further notice.

His attorney is appealing the decision. 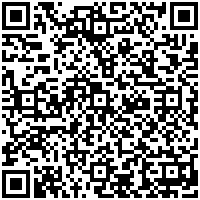