Israel’s lower-cost Israir airline was forced to cancel Tuesday’s flight to Dubai after Saudi Arabia refused to grant permission for the carrier to fly through its airspace.


But the Israir flight, scheduled to take off from Ben Gurion International Airport, was held up for five hours while efforts to resolve the issue continued.

An El Al flight to Dubai departed on time in the afternoon. Likewise, an Arkia flight also took off for Dubai with permission to fly through Saudi airspace.

Israir finally cancelled its flight and passengers returned to their homes. Those in Dubai who were to return later instead were referred to hotels, according to the Hebrew-language Globes business news site.

It now appears the next Israir flight to Dubai will take off on time.

Further discussion revealed that the “technical issue” involved a problem with the airspace request submitted by Israir.

A new request must be submitted by Israir for the next flight – but this requirement has nothing to do with Riyadh.

“Every flight needs a request,” Havat explained. “Not only from the Saudis.” 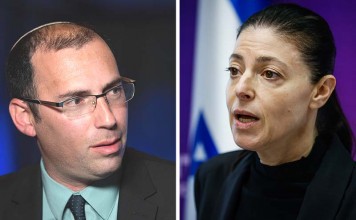