The United Nations General Assembly passed a resolution proposed by Israel that establishes entrepreneurship as a critical development tool for countries around the world.

Some 129 countries voted on Friday in favor of the “Entrepreneurship for Development” resolution, 31 countries voted against, and nine countries abstained in a vote that is considered an important diplomatic victory for Israel in an international body that frequently criticizes the state.


The resolution calls on governments to foster entrepreneurship and include all interested parties, according to Globes. The resolution also says that forming partnerships between the private and public sectors also creates jobs and promotes investment, and advances economic growth in a country.

The General Assembly’s Arab bloc voted against the resolution.

Ron Prosor, Israel’s ambassador to the United Nations, in remarks after the vote noted that the Arab Group said it would vote against the resolution even before negotiations ended.

“What a shame,” Prosor said. “Few places could benefit from entrepreneurship more than the Arab world. Every Arab delegate who voted no is sending the message that he cares far more about petty politics than human prosperity.

“Israel’s story shows that if you want stability, empower your people. If you want prosperity, invest in your citizens. If you want sustainability, engage every member of society — especially women and youth. This, above all, is the core of this resolution.” 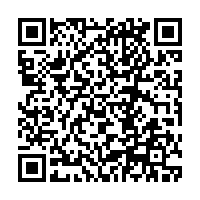