The University of California is mulling the idea of including “anti-Zionism” as a form of discrimination that is unacceptable on its campus, according to a draft statement on intolerance released on Tuesday. Pro-Israel groups applauded the move which will protect Jewish students from anti-Semitic attacks concealed as “anti-Zionist.” Anti-Israel groups called the move an attempt to suppress criticism of Israel.

The revised version of the Final Report of the Regents Working Group on Principles Against Intolerance reads:

According to the draft, “Some commenters urged the Regents to sanction members of the University community who express views thought to be anti-Semitic, while others asserted that the State Department definition would sweep in speech protected by principles of academic freedom and the First Amendment. Sanctioning people based on their speech, they say, would violate the First Amendment. Others expressed concerns about defining and focusing on anti-Semitism alone when other forms of bias and prejudice also occur on UC campuses, but have not been specifically defined or addressed in Regents policy.”

The draft also notes that “some commenters asserted that expressions based on stereotypes, prejudice and intolerance impact the learning environment for some members of the University community, and that prohibiting such expressions altogether should be deemed a legitimate approach to enforcing the University’s non-discrimination policies.”

According to the LA Times, one letter signed by more than 130 UC faculty members supported naming anti-Zionism as an expression of anti-Semitism, saying students need guidance on “when healthy political debate crosses the line into anti-Jewish hatred, bigotry and discrimination, and when legitimate criticism of Israel devolves into denying Israel’s right to exist.”

But an opposing letter, from more than 250 UC professors, warned that the proposed statement would restrict free speech and academic freedom to teach, debate and research the complex history of Israel and the Zionist movement.

The UC Committee On Educational Policy will meet on March 23 to vote on adopting the revised report of the regents working group on principles against intolerance. 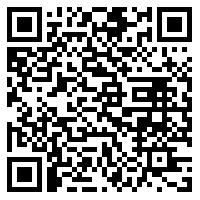