The Royal Institute of British Architects (RIBA) is advocating to suspend the Israeli Association of United Architects (IAUA) from the International Union of Architects (IUA).

According to a report on the BDS movement website, RIBA voted 23-16 with 10 abstentions on March 19 to boycott the Israeli organization.


The motion called on the IUA to suspend the Israeli organization’s membership “until it acts to resist these illegal projects, and observes international law, and the IUA Accords and Resolution 13….[which] states that ‘The IUA Council condemns development projects and the construction of buildings on land that has been ethnically purified or illegally appropriated, and projects based on regulations that are ethnically or culturally discriminatory, and similarly it condemns all action contravening the fourth Geneva Convention.’ “

There is rich irony in that motion, given the definitions of “ethnic purification” and “cultural discrimination” and the countless examples of its lack of relevance anywhere in Judea and Samaria, let alone in Jerusalem.

The land referred to in the motion is polka-dotted throughout Judea and Samaria with Arab and Jewish farming villages and towns – so much so, in fact, that negotiators on both sides still cannot figure out a realistic way to separate them. That’s because they live ‘cheek-and-jowl’ – the truth is, many of those communities are close neighbors and if they would have been left alone, would have remained at peace.

Anyone who has driven through Judea via Highway 60 and stopped off to shop at the Rami Levi supermarket also knows how ridiculous the accusation is. The bustling enterprise, owned by Israeli Jewish businessman Rami Levi, employs both Palestinian Authority Arabs and Israeli Jewish residents of Judea and Samaria, most of whom are observant Muslims, Christians and Jews. Moreover, the store is crowded from morning till night likewise with shoppers of the same ilk: Palestinian Authority Arabs and Israeli Jews, all of whom are residents of Judea and Samaria – all intent on one thing: making sure they get what they need for their families and getting home in time for dinner.

In Jerusalem, the accusation of “discrimination” is even sillier: there is not one major Israeli hospitality industry institution in which Arabs do not play a major role. Step into any hotel, be it rated at two stars or five, and see if you can find any staff without at least several high-ranking Arab employees. Likewise the health clinics, hospitals and other offices in the holy city. Hadassah Medical Center is headed by an Arab professional, in fact.

The word “apartheid” in the British Oxford dictionary is defined as “a policy or system of segregation or discrimination on grounds of race” that historically began with South Africa. Although it has been flung at Israel over its security and defense policies, nevertheless the facts on the ground belie the charge – as anyone with clear eyes can see.

Perhaps United Nations personnel should step out of their white cars once in a while, rather than simply drive through Arab villages, and up and down Highway 60 in the night. Were they to do so, the BDS movement would have a lot less traction. 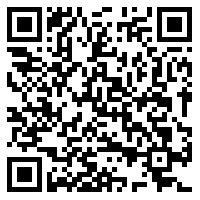