Rep. Michael McCaul (R-TX), chairman of the U.S. House Homeland Security Committee, had some ominous statements to share about the upcoming 2014 Olympics, set to begin Feb. 7,  in Sochi, Russia.

“I would say that the security threat to this particular Olympics are the greatest I think I’ve ever seen,” McCaul said.


He also said that canceling the Olympics is an option that has to remain on the table.

“If this thing gets worse, maybe we would consider that,” McCaul said on CBS’s “Face the Nation” on Sunday, Jan. 26.

McCaul was particularly concerned about a recent statement made by al Qaeda leader Ayman al-Zawahiri, who called for a global jihad against the Olympics.

That makes three separate Islamist terrorist threats against next month’s winter Olympics.  Doku Umarov, a terrorist leader who resides in the Caucasus Mountains not far from Sochi, called for jihad against the Olympics this past summer.  A second terrorist group, Ansar al-Sunna, released a video last week threatening terrorism against the games.

Canada has a different response to the very serious threat of terrorism at the Sochi games.  It has issued a warning to its athletes, calling on them to “carefully consider” whether to attend the games.

In an advisory late Friday, Jan. 24, Canada’s Public Safety Minister and the ministers of state of foreign affairs and sport said the Games were an “attractive” terrorist target and that airports and border crossings were “particularly vulnerable,” according to the National Post.

“Canadians should be aware that, although the host country will have special security arrangements in place at Olympic venues, this does not eliminate the risk of terrorist attacks,” the Public Safety Minister said. “The decision to travel despite these concerns rests with the traveler, and such decisions should be considered carefully.”

Israel has a five person delegation set to travel to Sochi for the Olympics, three figure skaters, a speed  and one skier.  So far Israel has not made any public statements about specific security steps for its Olympic athletes, but the safety of Israeli athletes at global events has been an especial concern ever since 11 Israelis were murdered at the Munich Olympics in 1972. 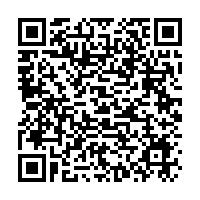