Here’s something US envoy to the UN Nikki Haley and the 18,000 pro-Israel Jews who packed the American Israel Public Affairs Committee conference in Washington, DC on Monday: they loathe the United Nations – and they love Israel.

In her 20-minute speech Monday, Haley was interrupted by loving hecklers who shouted, “We love you, Nikki” (“I love you, too,” she responded, on the record). And she received twelve, count them on the video, twelve standing ovations.

We think if ambassador Haley were to leap into her audience, she’d be crowd-surfing all the way to the lobby.

She also confirmed every last gripe her audience and their parents and grandparents had been harboring since the late 1940s: “In the real world, Israel is a strong country with a vibrant economy and a first-class military. On the battlefield, Israel does not get bullied. The Iranians and Syrians can vouch for that,” Haley said. “But the UN is a different story. At the UN and throughout the UN agencies, Israel does get bullied. It gets bullied because the countries that don’t like Israel are used to being able to get away with it. Well, just like when I was that little girl in South Carolina, that just doesn’t sit well with me.”

“As many of you know, one of the UN agencies with the worst track record of Israel bias is UNESCO,” the ambassador brought up a favorite topic. “Among many other ridiculous things, UNESCO has the outrageous distinction of attempting to change ancient history. UNESCO recently declared one of Judaism’s holiest sites, the Tomb of the Patriarchs, as a Palestinian heritage site in need of protection from Israel.”

“That was enough,” Haley said. “Ten months into this administration, the United States withdrew from UNESCO.”

“I love you, Nikki,” an unknown voice shouted from the crowd. (“I love you too.”)

“You know, our embassy decision caused a little bit of a stir at the United Nations,” she moved to the other crowd-pleaser. “In the Security Council, almost exactly one year after the United States shamefully abstained when the Council attacked Israel with Resolution 2334, I had the great honor of casting my first American veto. When I was governor, I used my veto power dozens of times. At the UN, I never got to do it until the Jerusalem vote. I got to say, it felt pretty good.”

Moses didn’t get such a standing ovation when he gave all of Egypt boils.

“The next week, the Jerusalem issue was brought before the UN General Assembly. We lost that vote, but to many people surprise, 65 countries refused to go against us. In the long history of UN’s mistreatment of Israel, that’s quite a record. And we’re not forgetting that vote. Like I said at that time, on that vote we were ‘taking names.'”

Again, fantastic reaction, and the ambassador moved to the big closer: “Last week I took a trip to Guatemala and Honduras and I thanked them both for voting with us. God bless Guatemala. They even joined us in moving their embassy to Jerusalem.”

Oh, Nikki, will you please be our president, the multitudes were gushing, and some probably were wondering if she couldn’t be our prime minister, too, while she’s at it.

“In all that we’re doing, whether it’s the embassy decision or UNESCO, or what we’re doing with UNWRA – don’t even get me started on that one – our approach on Israel is tied together by one major idea, the idea that runs through all of it is the simple concept that Israel must be treated like any other normal country,” Haley said, and the audience had enough yiddish naches for two weddings and a bar mitzvah.

God bless you, Ambassador Nikki, where are you already invited to a seder this year? 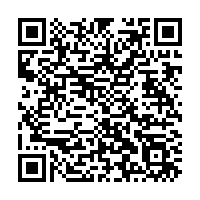