Two British teens have been arrested in what the FBI described Sunday as an investigation with “global reach” after 44-year-old British terrorist Malik Faisal Akram took a rabbi and three worshipers hostage on the Sabbath at Congregation Beth Israel in Colleyville, Texas.

But Faisal Akram, as he is called in his hometown of Blackburn, Lancashire, should never have been able to enter the United States in the first place, according to his anguished brother, Gulbar Akram.


Blaming “mental health issues” for the terrorist’s actions — a frequent excuse for violence offered by grieving family members — Gulbar Akram maintained, however, that his brother never should have been able to enter the US because he had a criminal record.

Speaking to Sky News, Gulbar Akram said his brother was “known to police” and had a criminal record. “How was he allowed to get a visa and acquire a gun?” he asked.

Akram, allowed to fly to the United States two weeks ago, made his way to a homeless shelter, and then another. He bought a gun “on the street,” President Joe Biden told reporters.

UK Teens Arrested in Connection with Attack
A statement by the FBI saying there appeared to be “no indication” anyone else was involved in the attack was quickly debunked, however, with the arrests of two teenagers Monday night.

Officers from Counter Terror Policing North West arrested the pair in south Manchester in connection with the Texas synagogue attack, according to a statement by Greater Manchester Police (GMP) quoted by LancsLive.

Because both are believed to be under age 18, they could not be identified publicly, but the pair remained in custody overnight for questioning as the investigation continued.

British Government Denies ‘Intelligence Failure’
UK Home Secretary Priti Patel said in a statement after the incident that the UK government is working with the FBI and a “great deal of intelligence-sharing” has taken place.

Patel said in a tweet that she has spoken with US Homeland Security Secretary Alejandro Mayorkas and “offered the full support and cooperation of the British police and security services.”

…as part of the ongoing investigation.

I remain committed to rooting out antisemitism in all its forms and my thoughts are very much with those who were caught up in this deeply troubling incident.

Patel added that she remains “committed to rooting out antisemitism in all its forms” and that her thoughts were “very much with those who were caught up in this deeply troubling incident.”

But a British member of parliament has already accused British security services of an “intelligence failure.” British Tory MP Bob Seely made the accusation after news emerged that Faisal Akram was branded a ‘menace’ for raving about the 9/11 terror attack on the World Trade Center in New York.

At the time, the Blackburn Magistrate’s Court issued its first Exclusion Order in 25 years – and only the second one in the history of the Blackburn court — banning Akram from the court the day after 9/11 after officials said he was causing trouble inside the court, ranting about the Al Qaeda attack even when not appearing before the bench.

US authorities do not have routine access to British criminal records, however, and if a terrorist lies on the electronic system for travel authorization questionnaire filled out by British travelers (the UK is part of the Visa Waiver Program) there is no way for his background to be checked.

Akram was also reportedly a regular visitor to Pakistan (where his father was born, and where terrorist training camps are plentiful) as well as a member of “Taglighi Jama’at” – a group banned from Saudi Arabia as “one of the gates of terrorism.”

According to an exclusive report by the British Daily Mail, Akram landed in New York on January 2. He lived at a homeless shelter run by the Christian Union Gospel Mission Dallas nonprofit organization from January 6-13, purchasing a gun “on the street” at some point during that time before attacking Congregation Beth Israel two days later. It’s not yet clear where he stayed and what he did between January 2 and January 6.

Terrorist Ranted About Dying and Ignored Family Appeals
The hostage taker was heard in a Facebook Live feed during the incident warning that “everyone will die” if anyone were to enter the building, yelling about his gun and ammunition and spewing antisemitic insults.

Akram also was heard calling for the release of Dr. Aafia Siddiqui, a Pakistani neuroscientist dubbed “Lady Al Qaeda” because of her ties to the terrorist organization. Siddiqui was convicted of trying to kill US military officers while in custody in Afghanistan. She was captured with large packages of cyanide and a US “hit list” of terror targets that included the Empire State Building in New York.

Although his family spent long hours on the phone with him during the ordeal, trying to convince him to give himself up, Gulbar Akram said, “There was nothing we could have said to him or done that would have convinced him to surrender.”

In a statement on social media, the family said they were “absolutely devastated” about the incident and Faisal Akram’s death but also condemned his actions.

“We would like to say that we as a family do not condone any of his actions and would like to sincerely apologize wholeheartedly to all the victims involved in the unfortunate incident.” The statement added that the family had been “confident that [Akram] would not harm the hostages,” whom the family wrote were released “through the fire door unharmed. Don’t believe the bull**** in the media; they were released from the fire exit and not rescued.”

Synagogue Hostages Escaped, Armed Captor Chasing Them
Gulbar Akram’s insistence that his brother released his hostages before being confronted by SWAT forces was contradicted by footage showing three of the hostages racing out of the building where they were being held, chased by Akram brandishing a gun – until he saw the SWAT team, which prompted him to swiftly retreat. (One hostage had been released earlier.)

Hostage taker runs after the hostages, and goes back inside. Shortly after, police storm https://t.co/E6ekwu4nSX

At that point, the SWAT teams stormed the synagogue, spraying gunfire. Akram was killed in a hail of bullets.

FBI: Investigation with ‘Global Reach’
“Our investigation will have global reach,” FBI special agent in charge Matt DeSarno said at a briefing with reporters following the incident.

DeSarno said however that the agency believes Akram was “singularly focused on one issue and it was not specifically related to the Jewish community,” a remark that sparked a firestorm of protest from Jewish groups around the world.

“We have been in contact already with multiple legal attache offices, including in Tel Aviv and London,” he said. “We’re continuing to work to find motive and we will continue on that path,” he added.

Blackburn, Lancashire Resident was Active in Labour Party
Faisal Akram lived in Blackburn, England – a community near Manchester and had ties to the Labour Party formerly led by Jeremy Corbyn, a known Israel-hater.

?EXCLUSIVE: Malik Faisal Akram, the Islamist Brit shot and killed after taking hostages in a synagogue in Texas, was an active Labour Party campaigner in Blackburn and a close relative of Blackburn Labour Cllr Mohammed Irfan. Will have more on the story out soon.

According to investigative journalist Jay Beecher, Akram was an “active Labour Party campaigner” in the city and a “close relative of Blackburn Labour Councillor Mohammed Irfan.”

Irfan is presently a sitting Labour Councillor on the Blackburn city council.

Pakistani-based television network Geo.tv said in a report quoting “a local source” that Faisal Malik took part in demonstrations for the freedom of Palestine and took part in protests for the release of Muslims prisoners at Guantanamo Bay.”

According to a report by VoteWatch, local Blackburn councillors were warned not to speak to media in the wake of Akram’s attack on the Texas synagogue.

A former local Labour activist in Blackburn told VoteWatch, “Although I would never have predicted [Akram] would get involved in something like this, there is a big problem in the local [Labour] branch with antisemitism, and within the community in general. This hate needs to end.”

A spokesperson from the Blackburn Conservative Association told the news outlet that it was “no surprise that the rise of antisemitism within the local Labour Party continues. . . the inaction by the Blackburn and Darwin Borough Council and the Labour Party to address this serious issue within communities possibly may have resulted in the radicalisation of this man locally.”

Muslim Praise for Terrorist, Condemnations for Attack
An organization called “Muslims Against Antisemitism” (MAAS) also pointed out the Facebook post by the “Blacburn Muslim Community” calling for God to “forgive all his sins and bless him with the highest ranks of Paradise.” MAAS commented, “Hostage takers don’t go to heaven.”

The Blackburn Muslim Community post was later deleted from its Facebook page following a massive backlash, replacing it instead with a statement citing a “standard template with generic wording that is used on all of our death announcements” to excuse the hope expressed in the previous statement that the hostage taker would enter the “highest ranks of Paradise.”

“We apologise for any upset or offence caused to those directly and indirectly affected by the incident especially the Jewish community in Texas. This was unintentional and our thoughts are with them all,” the Blackburn Muslim Community wrote.

“We have been liaising with the relevant authorities who have advised us not to comment further on the matter,” the group added. “This is due to the amount of threats received as well as allowing the authorities to carry out their investigations.”

Another statement posted subsequently added that the community stands in “solidarity in condemning this act of hate, violence and terror.”

The Muslim Council of Britain posted a separate statement on Sunday that was much clearer in expressing its condemnation of the attack.

“The hostage-taking at Congregation Beth Israel in Texas is completely unacceptable and we condemn the action in the strongest possible terms,” the Council wrote.

“The act is all the more reprehensible since it was instigated at a place of worship where Jews were targeted. This was, quite simply, a hate crime and an act of antisemitism. We are thankful that the hostages are unharmed. Though some may seek to exploit such incidents for divisive ends, we must double our resolve to remain united against such hatred,” the council’s secretary-general, Zara Mohammed, was quoted as saying.

The council itself added the hostage-taker’s actions “fall way short of what is expected of a Muslim,” and noted “his family and the local community in Blackburn have also condemned the perpetrator’s actions and are shocked and saddened to learn of this incident.” 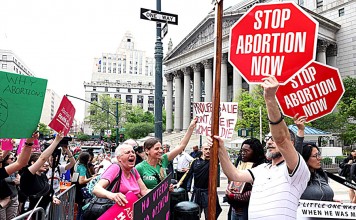