Palestinian Authority Chairman Mahmoud Abbas’ spokesman Nabil Abu Rudeina said on Wednesday that repeated talk about the United States’ so-called “deal of the century” to resolve the PA-Israeli conflict is doomed to failure, as long as it does not enjoy the PA’s acceptance, along with resolutions with international legitimacy to the “Palestinian issue.”

He added that any attempts to circumvent the clear and firm PA position, on the basis of international legitimacy, whether through “Palestinian parties,” or suspicious “local leaders,” would only lead to further deterioration and tension at the regional and global levels.


Abu Rudeineh added: “We are in the midst of a heated political confrontation in defense of our national constants, foremost of which is Jerusalem with its holy sites. Previous experiences have shown that the Palestinian options have become effective and have succeeded in besieging the colonial mentality and therefore the Palestinian people and the decisions of their national leadership are the protective shield of the land, the identity, the holy sites and Palestinian history rooted deep in the earth.”

He warned against “belittling the potential of the Palestinian and Arab peoples and to play with fire because the road to a lasting peace is clear: the implementation of the UN resolutions and respecting the Palestinian position, which has the final word, whether with yes or no, whatever the size of the challenges or conspiracies.”

The official spokesman concluded by saying that “peacemaking does not require deals or ideas, but rather a real will that believes in peace as a way to end the conflict and the solution to all crises in our region and the world through achieving a just and comprehensive peace based on UN resolutions for the establishment of an independent Palestinian state with East Jerusalem as its capital, which is the beginning and the end of any peace project.”

What if Abbas Condemns the Murders and No One in the PA Hears It? 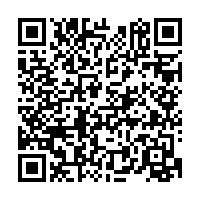