While much of our daily attention is devoted these days to the Gaza Strip, Israeli media have all but ignored the 62nd anniversary of the first war fought by the State of Israel after it had been established. The war broke out on October 29, 1956, and ended on November 5, with IDF forces reaching a stretch only a few miles east of the Suez Canal. They left the Sinai on December 22.

The aims of the war from Britain’s and France’s point of view were to regain Western control of the Suez Canal and unseat Egyptian President Gamal Abdel Nasser, who had nationalized the canal and sank several ships to its bottom, to make passage there impossible. Israel, which collaborated with the two superpowers, was looking to end the constant infiltrations from the Gaza Strip of Fedayeen terrorists, who robbed and murdered Israeli settlers—many of whom were recent newcomers to the Jewish State. Israel also sought free passage through the Suez canal, as well us through the Straits of Tiran, at the bottom of the Sinai peninsula.


While its European allies were attacking in Egypt, on October 29, 1956 at about 3:00 PM, Israeli Air Force Mustangs launched a series of attacks on Egyptian positions all over the Sinai. Israeli intelligence expected Jordan to enter the war on Egypt’s side, and so Israeli soldiers were stationed along the Israeli-Jordanian frontier. Israeli-Arab villages along the Jordanian border were placed under curfew (resulting in the killings of 48 civilians in the Arab village of Kafr Qasim).

Operation Kadesh – the invasion of the Sinai, began when an Israeli paratrooper battalion was air-dropped into the Sinai Peninsula, east of the Suez Canal near the Mitla Pass. Four Israeli P-51 Mustangs using their wings and propellers, cut all overhead telephone lines in the Sinai, disrupting all Egyptian command and control. However, due to a navigation error, the Israeli Dakota (Douglas DC-3) transports landed 400 paratroopers three miles away from their intended target. Lieutenant Colonel Rafael Eitan (Raful) marched his men towards Jebel Heitan, where they dug in while receiving supplies of weapons dropped by French aircraft.

At the same time, Colonel Ariel Sharon’s 202nd Paratroop Brigade raced out towards the Mitla Pass, experiencing frequent vehicle break-downs. Luckily, Egyptian commander Field Marshal Abdel Hakim Amer first treated reports of an Israeli attack in the Sinai as just another retaliation raid for Fadayeen activities, instead of an invasion and did not order a general alert. By the time Amer realized his mistake, the IDF had taken up half the Sinai.

(From the Jewish Virtual Library:) The IDF’s armored corps swept across the desert, capturing virtually the entire Sinai by November 5. Former US Ambassador Parker Hart said, “We had intelligence reports that many of the Egyptian troops just took off their shoes and ran barefoot to get out of there faster.” That day, British and French paratroops landed near Port Said and amphibious ships dropped commandos on shore. British troops captured Port Said and advanced to within 25 miles of Suez City before the British government abruptly agreed to a cease-fire.

When Israel refused to withdraw its troops from the Gaza Strip and Sharm el-Sheikh, US president Dwight D. Eisenhower declared, “We must not allow Europe to go flat on its back for the want of oil.” He wanted the UN to impose economic sanctions on Israel until it fully withdrew from Egyptian territory. Senate Majority Leader Lyndon B. Johnson (D-Tx) and minority leader William Knowland (R-Ca) objected to imposing American pressure on Israel. Johnson told the Secretary of State John Foster Dulles that he wanted him to oppose “with all his skill” any attempt to apply sanctions on Israel. Dulles informed Eisenhower of the Senate’s objections, but Eisenhower was “insistent on applying economic sanctions” to the extent of cutting off private American assistance to Israel which was estimated to be over $100 million a year.

Ultimately, the Democratic Party-controlled Senate would not cooperate with Eisenhower’s position on Israel. Eisenhower finally told Congress he would take the issue to the American people, saying, “America has either one voice or none, and that voice is the voice of the President – whether everybody agrees with him or not.” The President spoke to the nation by radio and television where he outlined Israel’s refusal to withdraw, explaining his belief that the UN had “no choice but to exert pressure upon Israel.”

Before evacuating the Sinai, Israel received a promise from the United States to help maintain the freedom of navigation in the Red Sea. The US also sponsored a UN resolution creating the United Nations Emergency Force (UNEF) to supervise the territories vacated by the Israeli forces.

Only 11 years later, the same war practically repeated itself, after President Nasser broke every agreement he had signed and ordered UNEF to leave their posts along Israel’s border. That time, in June of 1967, it took only two days to retake the Sinai. 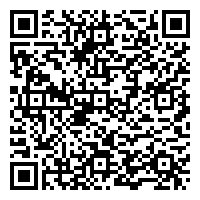