The Anti-Defamation League blasted a plan by evangelical pastors in Kansas to build a replica of the Western Wall as part of an anti-abortion monument as “an outrageous affront to the Jewish people.”

The International Pro-Life Memorial and National Life Center is being planned by pro-life activists in Wichita. According to its website, http://www.prolifememorial.com, the wall will be “an exact replica of the Western Wall at the Temple Mount in Jerusalem.”


The wall will be fronted with 60 white cross that “symbolize 60 million abortions…60 million little baby boys and girls have been murdered since 1973 in America alone. The International Pro-life Center will endeavor to stop this world wide genocide.”

The activists behind the initiative view the Western Wall – which is also referred to as the Wailing Wall on the website – as the symbol that commemorates Jewish suffering during the Holocaust, and want their replica to memorialize the 60 million aborted fetuses.

“The International Pro-life Center will be a national and international focal point to connect and integrate a variety of services which have the goal of promoting, bring healing, and enhancing human life,” the website says.

The ADL called the proposed center and a perversion of Judaism’s holiest site.

“Over the years we have seen a number of anti-abortion groups compare abortion to the Holocaust, but this takes the misuse of Jewish symbolism and history to another level,” Abraham Foxman, ADL’s national director, said in a statement issued Monday. “The Western Wall, this monumental symbol of Jewish grief and redemption is being co-opted and distorted to promote an anti-abortion agenda and message. Members of the pro-life movement are entitled to their opinions, but we wish they would not express them at the expense of Judaism’s holiest site and the Holocaust.”

The controversy coincided with another Israel-related Christian initiative – the seventh annual gathering of “Christians United for Israel” (CUFI), which is taking place in Washington, D.C.

The conference, the theme of which was Pro-Israel activity on college campuses, drew 5,000 participants from across the U.S., including Pastor John Hagee, Rabbi Shmuley Boteach, and Prime Minister Benjamin Netanyahu, who spoke via video.

“Without Jerusalem there is no real life in Israel,” Pastor Hagee told a galvanized audience. “The President of the U.S. told people of Jerusalem they can’t build additional homes there. He has no authority to tell them that! They are a democracy!” 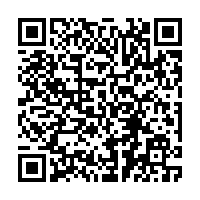