Dermer spoke at the annual conference of Israeli diplomats from all over the world at the Foreign Ministry in Jerusalem, and stressed that despite the unexpected request, relations with the new Administration over the disputed territories would be much better than they have been before January 20.

Dermer has already begun his initial discussions with Trump’s senior advisor on international affairs Jason Greenblatt, to determine the scope of construction in Judea and Samaria. Apparently, according to MR, the gaps between the positions of the two sides are still very big.

Sources close to the Trump White House have told Makor Rishon that it can be expected that the president would continue the Obama and Bush 2 modus vivendi of turning a blind eye on Israeli construction in eastern Jerusalem and Judea and Samaria, with a few breaks for critical statements against it. But when Trump rebukes Israeli settlement building, he will probably do it less frequently and in a less harsh tone than his Democratic predecessor.

Dermer suggested that behind the American policy regarding the conflict is the Administration’s decision to convey to the PA that time is working against them. This approach requires that Ramallah realize that once Washington gives up on them as reliable partners for peace, it would give Israel a green light to rev up construction in Area C.

Netanyahu told the Knesset Likud faction meeting this week that the construction issue is more difficult and dangerous in the relationship with Trump than the political process – which could mean that the president would be angry should Israeli construction remove the threat of construction he wants to hold over the PA.

“We do not have a blank check,” the PM cautioned, adding that “as things looks now we will feel less pressure – but will not have a free hand” to build in Judea and Samaria. 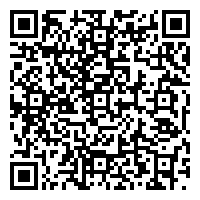