AMCHA Initiative Director Tammi Rossman-Benjamin on Wednesday was one of two experts to testify in opposition to the AB 101 bill at the California Assembly Education Committee’s first hearing on making the recently approved Ethnic Studies Model Curriculum a high school graduation requirement.


“Despite four revisions, the approved ethnic studies curriculum remains firmly rooted in Critical Ethnic Studies, a narrow conceptualization of the field that is politically- and activist-driven. As an organization that investigates campus anti-Semitism, we have witnessed how courses based on Critical Ethnic Studies incite hatred and division among all students. In addition, filtered through the lens of Critical Ethnic Studies, Jews are viewed as ‘racially privileged oppressors.’ And at a time when anti-Jewish hostility and violence has reached unprecedented levels, indoctrinating students to view Jews in this way is tantamount to putting an even larger target on their backs,” Rossman-Benjamin told the Committee.

Last month, the California State Board of Education approved the final draft of the Ethnic Studies Model Curriculum, with officials publicly affirming that the curriculum is rooted in Critical Ethnic Studies. Unlike the broader field of ethnic studies, Critical Ethnic Studies is a narrow conceptualization that is deeply divisive, political, and anti-Semitic. AB 101, a bill being considered by the California legislature, recommends that courses based on this curriculum serve as the basis for the high school graduation requirement.

Rossman-Benjamin cautioned that “even more highly politicized and divisive curricula are being successfully peddled to California school districts by activist-educators responsible for the curriculum’s rejected first draft, whose overt anti-Semitic content outraged the Jewish community, state legislators, and the Governor. But AB 101 would allow courses taught using this appalling first draft to fulfill the graduation requirement.”

She also noted that more than 150 distinguished university scholars and academics, including a Nobel Laureate, recently determined that claims about the academic and social benefits of the curriculum are empirically false.

AMCHA submitted a formal and comprehensive position letter to the Committee detailing how and why a curriculum rooted in Critical Ethnic Studies can easily become a vehicle for inciting hate and division.

The letter notes that a curriculum like this that strongly endorses and encourages a specific highly controversial, one-sided, and extremely coercive political mission directly subverts a school’s educational mission. AMCHA also points out that the Ethnic Studies Model Curriculum is in stark contrast to what legislators intended when they approved the bill mandating the development of the curriculum, which calls for a non-political, multicultural approach to ethnic studies that would prepare students in one of the most ethnically diverse states in the nation “to be global citizens with an appreciation for the contributions of multiple cultures.” 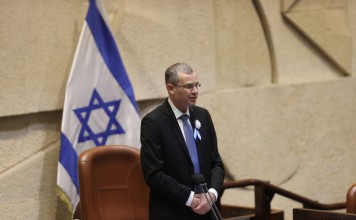 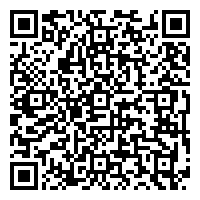