After legal advocates from The Louis D. Brandeis Center for Human Rights Under Law (LDB) intervened on behalf of a Tufts University student threatened with impeachment for expressing Jewish identity (Tufts U Student Government Official Threatened with Disciplinary Action by Anti-Zionists for Identifying as a Jew), Students for Justice in Palestine (SJP), who filed the complaint, today withdrew it.

Max Price, the Jewish Community Union Judiciary (TCUJ) member, was informed on Friday that the complaint filed by SJP that sought to have him removed from office for expressing Jewish identity, was withdrawn and the hearing canceled.


The hearing represented a continuation of a months-long campaign of intimidation, harassment, and discrimination targeting Price based on his Jewish ethnic identity. After Price attempted to point out baseless lies in SJP’s proposed Deadly Exchange referendum, he was harassed, targeted and marginalized, slandered in the student newspaper, interrogated as to whether he is fit to hold office, muted for an entire student government zoom meeting that he was elected to participate in, and attacked with age-old anti-Semitic tropes about money and power.

Earlier this month, the Brandeis Center demanded Tufts President Monaco halt the disciplinary hearing and end the harassment and discrimination that has infringed on Price’s freedom of speech, denied him due process, and deprived him of equal opportunity and equal access to university programs in violation of Title VI of the Civil Rights Act of 1964 and Tufts University’s stated institutional policies.

The following are statements from Price and the Brandeis Center on SJP’s withdrawal of the complaint.

“I was notified today that after facing public outcry and criticism of their discriminatory actions, SJP has withdrawn their complaint and canceled my hearing. They tried to intimidate the Jewish community into silence, to force Jews to renounce their shared heritage, to exclude Jews from leadership. They got caught. While I am relieved that my Judaism is no longer on trial, this change in the course does not absolve SJP of their behavior. I am disappointed that university administrators failed to intervene, and have not yet reached out to me to address my concerns. Unless Tufts introduces sweeping reforms to combat anti-Semitism, this will happen to somebody else. Now that my position in student government is secure, I look forward to devoting my energy to beating back the rising tides of bigotry and injustice on campus. I encourage all Jewish students who have faced anti-Semitism to make their voices heard. As Supreme Court Justice Louis D. Brandeis once said, ‘Sunlight is the best disinfectant’.”

“We’re gratified that Max will no longer be subjected to a discriminatory impeachment hearing on Sunday. SJP got caught, their harassment of Jewish students was exposed, and they backpedaled. But this goes beyond Max. Now is when the real work begins. It is time for the Tufts administration to take concrete steps to end the ongoing marginalization, harassment, and discrimination of Jewish students on campus. President Monaco should issue a statement condemning anti-Semitism in all its forms and publicly acknowledge that, for many Tufts students, Zionism is integral to their identity as Jews. The University should (1) officially adopt and utilize the IHRA Working Definition of Anti-Semitism and its contemporary examples when investigating and responding to incidents of harassment and discrimination to determine whether such conduct is motivated by anti-Semitic animus or bias; (2) revise its non-discrimination policy to include a prohibition on discrimination based on shared ancestry and ethnic characteristics, including anti-Semitism; and (3) conduct training for the entire University community concerning the many manifestations of anti-Semitism. We are eager to work with Tufts President Monaco and his administration to improve the climate at Tufts for Jewish students. The time is now.” 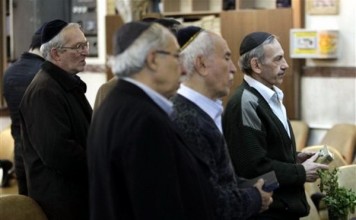 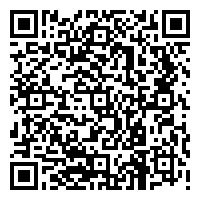