Barnard College students voted this week in favor of the institution’s divestment from eight companies that “profit from or engage in the State of Israel’s treatment of Palestinians,” according to an email sent by the Student Government Association to students on Wednesday.

Almost half of the students at the college voted in the election for SGA positions as well as the referendum, and of the 1153 students voted on the referendum, 64.3 percent voted in favor of the boycott against Israel.


The referendum was introduced after student council members heard a presentation at their March 19 meeting by representatives from Columbia University Apartheid Divest (CUAD), who requested the SGA formally offer its support.

Representatives from the “Aryeh” Jewish student group spoke before more than 100 SGA students to oppose the referendum.

Student groups for the Boycott, Divest & Sanctions campaign (BDS) against Israel worked hard to convince students of the justice of their cause, as did those who opposed it.

According to a report published by the Columbia Spectator, the members of the Representative Council are not required to write a letter to college administrators asking them to divest from the companies, but rather will make their own decision on the matter.

If at the end the SGA Executive Board does in fact decide to move ahead, a letter will be sent May 1.

“I am proud of the students who worked so hard to educate their peers in the face of adversity, but deeply disappointed that such a misleading referendum was allowed on the ballot,” StandWithUs Tri-State Campus Director, Rena Nasar said. “Given that the wording of the referendum was so biased and deceptive, there is no way this was an accurate measure of student opinion.”

Nasar said the Barnard SGA ballot quoted directly from the pro-divestment campaign website and contained factual inaccuracies. Efforts to address the concerns and ensure a free and fair vote were unsuccessful, she said. “We applaud Columbia Barnard Hillel, Aryeh and all of the Barnard students who came together against this campaign of hate,” she added. 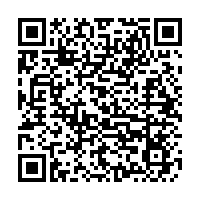