Senator Bernie Sanders (I-Vt) told MSNBC on Monday that the progressive movement is not receiving from President-elect Joe Biden the kind of representation in his cabinet it had expected. “And if your question is have I seen that yet, no I have not,” Sanders said. “I’ve seen some good appointments, people that I like, people who are really, really smart, experienced, but I have not seen people from the progressive movement per se in that cabinet.”

In a typical pushback that probably represents the Democratic left’s anger with Biden, The Nation, a progressive bastion since July 6, 1865, criticized his pick for as director of the Office of Public Engagement, Representative Cedric Richmond (D-La) over his appearance this week at The Wall Street Journal’s CEO Council Summit, where he was asked how CEOs can get the White House to listen to them, and answered said, “I hope to be that conduit straight into the White House,” and promised corporate America an “open-door policy.”


The Nation’s writer Jeet Heer (Progressives Shouldn’t Be Afraid of Fighting Biden’s Nominees) was practically foaming at the mouth when he quoted Richmond who “took shots at those in his own party who are critical of business-dominated government. ‘For me, nobody’s going to persuade me that—somehow, someway—that CEOs in this country are bad people,’ Mr. Richmond said. ‘CEOs in this country are creating jobs, they are supporting families, and they are doing all those things. And they deserve a seat at the table, and they will have a seat at the table.’”

Not exactly AOC, you’ll notice. Indeed, Perry Bacon Jr. writing for FiveThirtyEight noted: (How Black, Latino And Progressive Democrats Are Forcing Biden To Rethink His Cabinet Picks) “It is also fairly clear that the people Biden and his team are really trying to placate are more center-left establishment Black and Latino elites in the party, such as Rep. James Clyburn of South Carolina, rather than more left-wing Democrats who are also people of color, such as Rep. Alexandria Ocasio-Cortez of New York.”

The left is also opposed to the nomination of retired Gen. Lloyd J. Austin III as Biden’s Secretary of Defense. Austin will undoubtedly face objections from the Senate for his nomination over his having left the military only four years ago when the cooling-off period is normally seven years. The left is against the nomination because Austin (like Trump’s former Sec. Def. Mark Esper) is on the board of Raytheon Technologies Corporation, one of the largest aerospace and defense manufacturers in the world, which has been collaborating with major Israeli manufacturers like Rafael and Elbit.

“The progressive wing of the party doesn’t seem to have enough clout to get its people key jobs, but does have enough power to prevent Biden from picking people they strenuously oppose,” argues Bacon, who points out that “virtually no one who was a prominent supporter of Sens. Bernie Sanders or Elizabeth Warren during the primaries has been appointed to a top job yet,” reiterating: “This suggests that the party’s progressive wing isn’t powerful enough to force Biden to choose its people, even though something like one-third of Democratic voters align with Sanders or Warren.”

But the progressives have managed to veto a few Biden picks, including two prominent individuals who served in the Clinton and Obama administrations: Rahm Emanuel and Bruce Reed. The left hates Reed because he orchestrated the Democrats’ shift to the right which facilitated Bill Clinton’s election in 1992, and they hate Emanuel because of a few race-related mistakes he made as Mayor of Chicago. Both men are exceptionally gifted and could bring with them decades of experience in instituting moderate government policies, but the Biden team may be forced to throw them under the progressive bus.

So far, the Biden transition team appears to prefer career policy professionals over ideologues – very much in contrast with the previous administration, although the Trump team had several inspired picks, Sec. State Mike Pompeo is on the top of the list. Even if the Democrats win both Georgia Senate seats on January 5 – and so far it looks more like wishful thinking than a realistic possibility – a Democratic Senate with Kamala Harris deciding the tie votes would still put progressive nominees through the wringer. Much more so should the Dems pick only one or neither of those seats:

Wyoming Republican Sen. John Barrasso wrote in a Wall Street Journal op-ed this week that “if Republicans hold the majority in the Senate next year, we will have the ability to reject Mr. Biden’s nominees. Unlike the Democrats, we will use that power responsibly. A Republican Senate will treat mainstream nominees fairly,” but “those who are out of the mainstream will face a gantlet, not a garden party.” 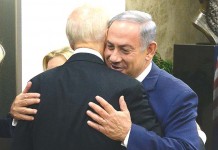 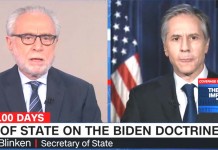