The world of hi-tech is not exactly foreign to 23-year-old Elad Ambar: As a veteran of the IDF’s elite Unit 8200, the army’s premier corps for signal intelligence and code decryption, he is familiar with the highest levels of coding and programming, as well as fully conversant on the latest trends in software development.


But upon leaving the army earlier this year, Ambar realized that while his impressive resume placed him near the top tier of tech professionals, the dry Xs and Os of computing did not translate easily to starting a business. While he had several ideas for start-ups, he had just finished his military service and wanted some broad exposure to some of the challenges inside the hi-tech world before building his own company. To gain that experience he participated in Birthright Israel Excel Ventures, a professional mentoring program that matches Israeli and foreign 20-somethings for two months of teamwork, brainstorming and professional networking.

Ambar told TPS that Excel Ventures was an outstanding experience – not least because it showed that he wasn’t quite ready for the “big leagues.”

“Ventures is unique in my eyes because you are a part of a founding team with young American Jews,” Amber said, using the informal name that has become the program’s unofficial moniker. “It’s an exceptional way of learning how Americans approach business and getting to know more about the American market and consumer in general – getting direct access to the American consumer’s point of view – in an unmediated manner.

“But it also showed me that I’ve got a way to go before I’ll be able to really build a company. Of course, I made terrific connections and friendships, and those will certainly be invaluable in the future when I do start something. But for the moment, I really learned how ‘green’ I am, and how much I still have to learn.”

The program, which began June 4 with an opening ceremony at the Tel Aviv Stock Exchange (TASE), enjoys the support of leading tech companies here, including one-on-one time with leading members of the business and technology communities as well as with the Israeli government. Foreign participants are typically either university students or early-career professionals; Israelis are chosen from elite IDF cyber units and university tech programs.

The group also met with Michael Oren, former Israeli ambassador to the United States and currently Deputy Minister in the Prime Minister’s Office and a host of benefactors, mentors, partners and entrepreneurs.

Birthright Israel International CEO Gidi Mark said the project was designed seven years ago by Birthright supporters Michael Steinhardt and Lynn Schusterman with a goal of building and strengthening economic connections between Israel and North American Jewry. He said the program, which is also funded by the Singer Foundation and the Israeli government, has started to bear fruit on both sides of the Atlantic.

“The Jewish Leadership Community built in recent years is an exceptionally important project,” Mark said. Jewish students [from abroad] receive an unmatched opportunity to get to know our country and intern in leading companies in the Israeli economy. At this same time, connections are already being formed between future Jewish business leaders in the U.S. and Israel.

“These ties are translated into viable collaboration and cross-country cooperation,” Mark said.

Mentors in the program said the interplay between American and Israeli inventors is critical for both sides. With different business and technology cultures in the two countries, they said that bringing young people together from “opposite” sides of the table creates fertile ground for brainstorming and challenging pre-existing notions.

“The major difference between the two groups that I see is that Israelis are very tech oriented while Americans are more business oriented – Americans are great at marketing and business development, said Litan Yahav, co-founder and CEO of Segoma Imaging Technologies in Herzliya, and a Ventures mentor.

That translates into an important window into the American market and into the American psyche for Israeli entrepreneurs, who Yahav said have a tendency to think that their products will suit the culture of any society culturally.

“That’s not the case,” he added. “There aren’t many startups in Israel who have ‘a right to exist’ without penetrating the American market, especially Israeli companies who provide technical solutions. American millennials are tech savvy and early adopters – exactly the people who partake in the program and that the Israeli business sector should get to know, as it helps both penetrate the market and have a better understanding of the American consumer.

“This interaction allows for them to have an enhanced ability to adapt their products and solutions to meet the needs and characteristics of the American consumer.”

Yahav said he considers mentoring Birthright Israel Excel fellows as a sort of ‘reserve duty,’ referring to the annual IDF service that many Israeli men perform until they are in their 40s.

“I believe bringing together young Israelis and Americans could have many benefits and advantages. Even in comparison to other accelerators – the human quality in Ventures is exceptional. And the time they spend together is worth more than money – in just 10 weeks they were able to build networks that could have taken years to develop, and they gained so many tools and knowledge.

“That’s a great asset that will help them peruse whatever they choose,” Yahav said. 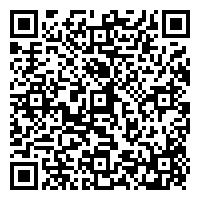