At a Tel Aviv University event this week, Chicagoan Albert Frank, a major supporter of Friends of the Israel Defense Forces (FIDF), met the incoming class of 1,500 IDF combat veterans of modest means whose college education is being sponsored by the FIDF IMPACT! Scholarship Program, which Frank helped found 15 years ago.

One of the more than 100 students Frank sponsors, Staff Sgt. (Res.) Avraham Fazualo from Brazil, is a Lone Soldier – who immigrated to Israel without anyone from his immediate family in order to serve in the IDF. He has not seen his parents in nearly five years, so, at the TAU event, Frank surprised Fazualo with a plane ticket home.

The power of FIDF’s flagship IMPACT! program resonates far beyond the individual, as each scholarship recipient completes 130 volunteer hours during each year of study. In this way, IMPACT! is the premier community service scholarship program in Israel.

Frank is a member of both FIDF’s national board and its Central Region board of directors. A retired US Army second lieutenant, he formed his own construction company and established the village of Buffalo Grove, Illinois, in 1957. He has also been a longtime supporter of many Jewish and Israeli organizations.

FIDF Midwest Executive Director Tamir Oppenheim said in a statement, “I want to thank the co-founders of IMPACT!, Albert and Patricia Frank and Israel Levy, for their inspiration and leadership in creating Israel’s most revolutionary scholarship program. And I also want to thank every supporter of the IMPACT! Scholarship Program.” 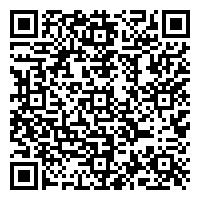