Attorney General William Barr on Thursday told the Associated Press that the Justice Department is appealing the Supreme Court’s July decision to reject the execution of Dzhokhar Tsarnaev, now 27, the Chechen American who was convicted of terrorism in planting pressure cooker bombs at the Boston Marathon on April 15, 2013. The bombs he planted with his brother killed three people and wounded more than 260.

Tsarnaev appealed his sentence on the grounds that the trial should not have been held in Boston; that there were errors in jury selection; and that the judge improperly excluded evidence that his brother, Tamerlan Tsarnaev, and another man, Ibragim Toadashev, committed a prior triple murder in Waltham on September 11, 2011, suggesting that Dzhokhar was afraid of what his brother would do to him if he refused to plant the bombs.

The first appeal was heard by a three-judge panel of the First Circuit on December 12, 2019. On July 31, 2020, the First Circuit overturned the death sentence and three of the other convictions, agreeing that the Boston judge had failed to determine how much the potential jurors had been aware of the event during jury selection. The court ordered a retrial with a new jury for the penalty phase of Dzhokhar Tsarnaev’s trial. US Circuit Judge O. Rogeriee Thompson clarified the ruling, stating: “Make no mistake: Dzhokhar will spend his remaining days locked up in prison, with the only matter remaining being whether he will die by execution.”

“We will do whatever’s necessary,” AG Barr told the AP. “We will take it up to the Supreme Court and we will continue to pursue the death penalty.”

President Donald Trump tweeted after the First Circuit court’s decision that the federal government “must again seek the Death Penalty in a do-over of that chapter of the original trial.”

The federal government has revived the death penalty and has been seeking executions after a 17-year unofficial moratorium. 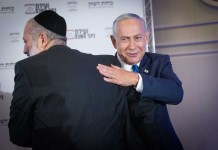