The Federal Bureau of Investigation announced Sunday that it is currently working under a presumption that last week’s shooting at a naval base in Pensacola, Florida, perpetrated by a Royal Saudi Air Force student, was an act of terrorism.

FBI Special Agent in Charge Rachel L. Rojas said at a news conference that no arrests have been made, there is no immediate threat to the community, and all international students at the base have been accounted for.

A Saudi commanding officer has ordered all students from the country to remain in one location at the base at this point. Members of foreign militaries are routinely trained by the US military at Pensacola.

It is not yet clear whether the 21-year-old shooter, 2nd Lt. Mohammed Alshamrani, acted alone. At least one Saudi nation filmed the Pensacola attack, US Defense Secretary Mark Esper confirmed on Sunday. The shooter used a Glock 9mm pistol that he had purchased “legally and lawfully,” Rojas said.

Alshamrani, a student naval flight officer, wrote posts on social media in which he discussed US support for Israel. He also allegedly claimed that Americans are anti-Muslim in the posts, according to a US official who was quoted by The Associated Press. The FBI has recovered his laptop and cell phone, and secured the areas on base where he was staying, according to CNN. A senior administration official added that investigators found some “concerning statements and online materials” but said it is still early in the investigation.

In the days leading up to the shooting, Alshamrani watched videos of mass shootings at a dinner party together with several other flight students, according to a report by The New York Times.

The shooter’s friends were detained after Alshamrani killed three US Navy sailors on Friday. At least one of those friends had filmed the attack, Esper said, and possibly more than one. Esper told “Fox News Sunday” it was unclear whether they were “filming it before it began or was it something where they picked up their phones and filmed it once they saw it unfolding.”

The US officials also said investigators believe Alshamrani visited New York City – including Rockefeller Center – in the days before the attack – but they are not yet clear about the purpose for the trip.

Airman Mohammed Sameh Haitham, 19, of St. Petersburg, Florida; Airman Apprentice Cameron Scott Walters, 21, of Richmond Hill, Georgia; and Ensign Joshua Kaleb Watson, 23, from Coffee County, Alabama were all killed on Friday when Alshamrani opened fire in a classroom building inside the base.

Although he was shot multiple times, Watson managed to make his way out of the building to tell first responders where the shooter was and how he was armed, before he collapsed. That information was said to have saved countless lives. 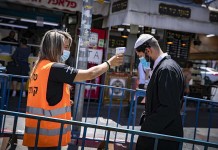 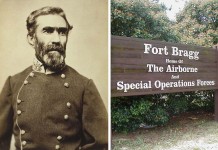 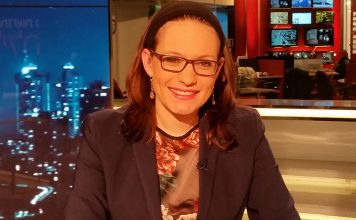