As a new Israeli government was sworn in yesterday, a conference, hosted by the Ruderman Program for American Jewish Studies at University of Haifa last week, expressed confidence that closer ties between the Israeli government and US Jewry will become a priority.

“I have no doubt a Bennett — and Lapid government for that matter — will feel a greater obligation to work with US Jewry,” Former New York Consul-General Dani Dayan said at the conference. “The days in which Israel felt it could ignore American Jews, are no longer.”


Jay Ruderman, President of the Ruderman Family Foundation agreed with Dayan’s assessment of the new coalition’s willingness to work with American Jewry and added that this would be further strengthened by President-elect Isaac Herzog, who will be eager to establish a healthy relationship with American Jews.

“Having been Chairman of The Jewish Agency for Israel for the past three years, serving as Israel’s Minister of Diaspora Affairs, and spending ample time in the US, President-elect Herzog has a unique understanding of Jewish communities across the country and how they interact with Israel,” said Ruderman. “I have no doubt this unique insight will play a role in changing the landscape of Israeli-American Jewry relations.”

Ruderman added that the Israeli public were no longer content with ignoring the issue and understood the importance of achieving a “common language” between the world’s two largest populations of Jews.

“It’s hard not to recognize the vast influence American Jews have on the State of Israel and we must continue to operate together towards a common goal. We are, above all, one people and not just a collection of various religious sects. The members of the new government believe now, more than ever before, in the importance of the relationship. They have a connection and experience in the field and there is an expectation that the government will tend to the issue more seriously,” he concluded.

The Ruderman Program for American Jewish Studies at University of Haifa was founded with a fervent mission to bridge the gap between Israeli and American Jewish communities and strengthen ties between Israel and U.S. Jewry. Last week’s conference touched on a myriad of issues pertaining to furthering this relationship and discussed the significance of the recent Pew Research Center survey on American Jewry which came out last month.

The program promotes ongoing academic research in Israel on the topics of Jewish-American life, American society and the long-lasting and vital bond between the Jews of America, the State of Israel, and Israeli society. 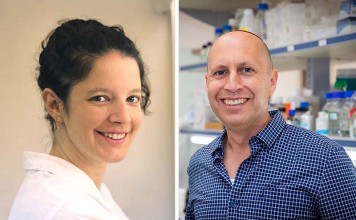