The list was compiled from the working group as well as the recommendations of several member states, including the UK, which advised “immediate action to cease the policy of demolitions of Palestinian properties and buildings,” and reversing “policy on settlement expansion in the occupied Palestinian territories.”


The German delegation recommended Israel end the “practices of collective punishment such as the demolition of homes, revocation of residency permits in East Jerusalem, and the closure of entire areas.”

Even the “State of Palestine” had ten recommendations for Israel, to which Israel responded by suggesting to entity by that name does not “satisfy the criteria for statehood under international law.”

According to AP, the US did not add its recommendations.

Israel’s ambassador to the UNHRC Aviva Raz Shechter on Wednesday condemned the “unparalleled number of one-sided biased and political resolutions adopted regularly by the automatic majority […which testifies] not only to the unfair treatment of the State of Israel, but also to the deficiencies of the Council itself and its agenda.” 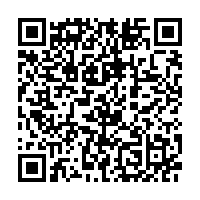