U.S. Senator Lindsey Graham says he will start an effort in the U.S. Congress together with GOP Senator Ted Cruz of Texas “to recognize the Golan as part of the State of Israel now and forever.”


Graham made the remark while standing atop the Golan Heights together with Prime Minister Benjamin Netanyahu and U.S. Ambassador to Israel David M. Friedman on Monday after a working breakfast in Jerusalem.

The three men then set off by helicopter for a military security briefing in northern Israel, and a tour of the Golan Heights.

Graham, the elected chair of the Senate Judiciary Committee, had already toured a Hamas terror tunnel with Friedman at Israel’s southern border with Gaza on Sunday, accompanied by IDF Brig.-Gen. Toledano, commander of the IDF Gaza Division. Graham himself served in the U.S. Air Force, retiring with the rank of Colonel. The lawmakers were briefed by IDF Southern Command Commander Maj.-Gen. Herzi Halevi.

Netanyahu has spent the past months urging American lawmakers to formally recognize the Golan Heights as an official part of Israel.

“The Golan has always been part of Israel, from the earliest days of our history, and has certainly been … part of the State of Israel since 1967, and more recently since 1981. The Golan is part of Israel; the Golan must stay part of Israel forever.”

Graham, who is no novice to military reality, said he intends to go back to the U.S. and with Senator Cruz, would “start an effort to recognize the Golan as part of the State of Israel now and forever.”

Not one to mince words, he pointed out that “Israel occupied this territory by fighting for its survival. This territory was taken by military force because it was used as a launching point to attack the State of Israel.

“This territory has a rich Jewish history,” he said. Strategically, he commented, he was standing on “one of the most important pieces of ground in the State of Israel.”

Netanyahu added that Graham and President [Donald] Trump are taking a “very concrete step” to keep the Golan as part of Israel — because “otherwise, our border will be with Iran on the shores of the Kinneret, and we are not prepared to accept that.” 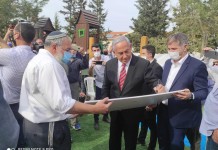 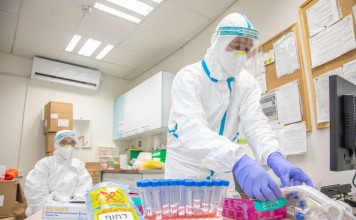 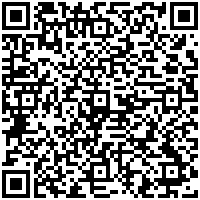