The U.S. Department of State announced Wednesday that it has designated Ismail Haniyeh and two other terrorists as Specially Designated Global Terrorists (SDGT).


Haniyeh was elected to be the leader and president of the political bureau of Hamas a year ago. The political bureau of Hamas was designated in 1997 by the United States as a Foreign Terrorist Organization and in 2001 as a Specially Designated Global Terror group. He has long been a proponent of armed struggle, including against civilians, and has been involved in terrorist attacks against Israeli citizens.

Hamas has been responsible for an estimated 17 American lives lost in terrorist attacks, Secretary of State Tillerson noted in making the announcement.

Among other consequences, all of their property and interests in property subject to U.S. jurisdiction are blocked, and U.S. citizens are generally prohibited from engaging in any transactions with them.

Two of the listed terror groups are sponsored and directed by Iran, threatening the stability of the Middle East, undermining the peace process, and attacking U.S. allies Egypt and Israel he said.

“Today’s actions are an important step in denying them the resources they need to plan and carry out their terrorist activities,” Tillerson added.

The legislation imposes sanctions on foreign persons determined to have committed, or pose a significant risk of committing, acts of terrorism that threaten the security of U.S. nationals or the national security, foreign policy, or economy of the United States.

Harakat al-Sabireen is an Iranian backed terrorist group established in 2014. The group operates primarily in Gaza, Judea and Samaria and is led by Hisham Salem, a former leader of the Palestine Islamic Jihad (PIJ), a State Department designated FTO and SDGT. Harakat al-Sabireen has carried out terrorist activities targeting Israel, pursues an anti-American agenda, and has attracted members and supporters of PIJ. “These planned and executed terrorist attacks include firing rockets into Israel in September 2015 and detonating an explosive device targeting an Israeli army patrol in December 2015,” noted the announcement. Harakat al-Sabireen also previously established a rocket factory in Gaza that was destroyed in the summer of 2014, and the group had plans to carry out attacks against Israel in February 2016.

Palestinian Authority security forces arrested five Harakat al-Sabireen operatives who were working under Iranian orders and received funding in Gaza to carry out their attacks.

Liwa al-Thawra is a terrorist group active in the Qalyubia and Monofeya governorates of Egypt. After announcing its formation in August 2016, the group claimed responsibility for the October 2016 assassination of brigadier general Adel Ragai, commander of the Egyptian army’s Ninth Armored Division, outside his home in Cairo. In 2017, the group claimed responsibility for a bombing outside a police training center in the Egyptian city of Tanta.

HASM is a terrorist group also active in Egypt. Formed in 2015, the group claimed responsibility for the assassination of Egyptian National Security Agency officer Ibrahim Azzazy, as well as the attempted assassination of Egypt’s former Grand Mufti Ali Gomaa. HASM also claimed responsibility for a September 30, 2017 attack on Myanmar’s embassy in Cairo. Some of the leaders of the violent splinter groups, Liwa al-Thawra and HASM, were previously associated with the Egyptian Muslim Brotherhood.

“Terrorism designations expose and isolate organizations and individuals, and deny them access to the U.S. financial system. Moreover, designations can assist the law enforcement activities of U.S. agencies and other governments,” Tillerson said. 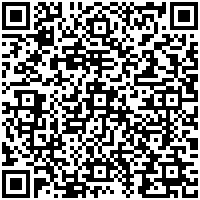