The Haredi factions in Prime Minister Netanyahu’s coalition government have submitted to him a a new compromise plan to leave intact the extension platform for mixed prayer services of Reform and Conservatives at the western Wall, which also means the acceptance of the legitimacy of those two movements, Army Radio reported Sunday.

In recent days, the heads of the ultra-Orthodox United Torah Judaism and Shas, MKs Moshe Gafni and Aryeh Deri and Minister Yakov Lizman, have reached an agreement on the layout for the Western Wall, which they submitted to the Prime Minister.


The Haredi factions were forced to act in response to an order by Israel’s High Court of Justice, which a year and a half ago directed government to show why it would not permit non-Orthodox Jews the right to pray in a mixed group in their own dedicated section – dividing the Kotel plaza into a Men’s, Women’s, and “Israel” section.

The deadline for government’s response to the high court’s order is next Sunday.

The new Haredi proposal, designed in cooperation with the Kotel Rabbi, Rabbi Shmuel Rabinovich, revokes the entire third section layout agreement government reached 18 months ago, offering instead the platform built for mixed prayer by former Minister of Religious Services Naftali Bennett (Habayit Hayehudi) near Robinson’s Arch, at the southernmost part of the Wall.

Over the past 18 months, Orthodox minyanim have occasionally expropriated the Bennett platform, erected a mehitza-divider and prayed in a traditional, Orthodox fashion. Apparently, should the new layout be accepted by the high court, the platform would remain undivided. 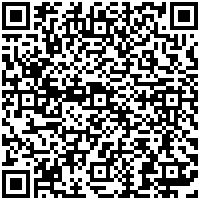