MK Israel Eichler (United Torah Judaism) on Thursday attacked the media which are covering complaints made by Reform congregations in the United States, suggesting there was an unholy alliance “to keep the reformists on the public agenda.”

During a debate in the Knesset plenum, MK Eichler wondered why, in a country with so many unsolved, serious problems, such as housing, jobs, and health, the media in Israel remain focused on the conversion and the Western Wall issues that, supposedly, cut off Diaspora Jewry.

“Millions of American Jews ask themselves what’s all the noise about, what is happening there in the Holy Land,” Eichler said, adding, “They are not interested in any of these problems – how many people need to be dealing with the conversion law and acknowledging the Reform?”

“I would like to offer a logical explanation as to where the media campaign around the Western Wall and conversion stemmed from,” Eichler continued. “Most of the Jews in the United States, even those who come to Temple once in fifty years, or those that don’t come at all, are not Reform, and the Reform movement does not represent them.”

“When they arrive in Israel, they wish to respect the customs of the Western Wall, they want to come and maintain order in the place,” the Haredi MK suggested.

According to Eichler, this is a campaign funded by interested parties. “There are organizations of professional ‘machers’ (busybodies) whose job is to keep the Reform on the public agenda. I won’t mention names, they are very famous in the media, they make money, a lot of money, from this conflict. This is their – job to come to the American Jews and tell them: ‘You should know that Israel wants to exclude your children, exclude them from Israel. You should know that they do not allow freedom of religion and do not recognize you. We’ll protect you. We went to Israel, we met with Netanyahu, you saw the pictures, we told him and warned him against the persecution of Diaspora Jews. We warned them, and we fought, we appeared in all the media.’ These are machers who invest huge sums in campaigns, and incite the non-religious Jews of the United States against the Jews of the Land of Israel.”

“Even the Jews of the Land of Israel ask themselves: What are the Reform? What are the Orthodox? And they ask me: What am I – Reform? Orthodox? I tell them: You are a Jew, I am a Jew, so what exactly is the problem?” Eichler asked, and stated: “There is no problem! They are creating a problem to enrich themselves! The real problem is the corruption they cause within the government.”

“There are many Knesset members, ministers and judges, who get invited to travel to the United States, as if in order to ‘get to know the communities in the Diaspora,'” Eichler intimated. “They are not conscious, perhaps, of the fact that they are becoming messengers of those organizations that generate these conflicts and incitements – and the Reform invest a fortune in this matter.”

In his speech, Eichler urged the media to lower the profile of the conversion and Wall stories. “Do not bring about a situation whereby the Jews of the Land of Israel, instead of dealing with their real problems, will preoccupy themselves all day with the questions of which Reform Rabbi should come talk to Netanyahu about some sort of agreement and send pictures to America to raise funds for anti-Israeli and anti-Jewish organizations,” he said. 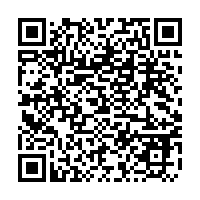