Joanna Small, reporting on her Facebook page Friday night, noted, “It’s the latest in attacks on minorities in Seattle and across the country.”


A sign next to the defaced wall read: “Temple De Hirsch Sinai is aware of this graffiti. We are choosing to leave it exposed for the time being.”

According to Small, the choice to keep the slur up was made by the synagogue Rabbi, “to show that hate cannot break his community.”

“The vast majority of Americans need to stand up to stand up and resist this type of intolerance and to demonstrate in no uncertain terms, that it is not acceptable and not permissible,” Rabbi Daniel Weiner told KING 5.

Weiner sent a statement to members of the congregation, saying the “temple continues to take vigilant, substantive security measures to insure the safety and well-being of our community. In light of other recent threats and upcoming celebrations, we have further enhanced these measures.”

Senator Maria Cantwell (WA-D) on Friday met with a group of faith leaders in Seattle, as part of a round table discussion of the vandalism against Seattle synagogues, KING 5 reported. Rabbi Sydney Danziger. Told the Senator, “I just recently experienced a hate crime. Somebody carved a swastika in the stairwell of my apartment building.”

Six Dead in Washington State, 89 Confirmed Cases of COVID-19 in US 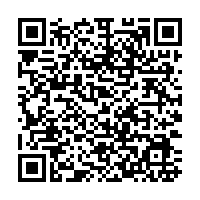