The U.S. House of Representatives passed a resolution on Thursday afternoon condemning anti-Semitism and Islamophobia.


“Whereas whether from the political right, center or left, bigotry, discrimination, oppression, racism and imputations of dual loyalty threaten American democracy and have no place in American political discourse,” states the resolution.

It defines anti-Semitism as “the centuries-old bigotry and form of racism faced by Jewish people simply because they are Jews.”

Islamophobia, according to the measure, is “prejudicial attitudes towards Muslims and people who are perceived to be Muslim, including the irrational belief that Muslims are inherently violent, disloyal and foreign.”

It then cites examples of anti-Semitic and anti-Muslim incidents from the October 2018 Tree of Life*Or L’Simcha Synagogue shooting in Pittsburgh to mosque attacks in 2017 in Minnesota, Texas, Floridaand Washington state.

The legislation came in response to Rep. Ilhan Omar (D-Minn.), who on Sunday defended her recent remarks accusing her “Jewish colleagues” for attacking her and Rep. Rashida Tlaib (D-Mich.) for labeling every criticism of theirs as anti-Israel because of the faith of the two congresswomen, in addition to slamming her critics regarding “the political influence in this country that says it is OK to push for allegiance to a foreign country.”

Omar voted in favor of the resolution, which cites anti-Semitic instances such as “accusing Jews of being more loyal to Israel or to the Jewish community than to the United States constitutes anti-Semitism because it suggests that Jewish citizens cannot be patriotic Americans and trusted neighbors, when Jews have loyally served our Nation every day since its founding, whether in public or community life or military service.”

Rep. Elaine Luria (D-Va.), who is a Jewish, said on the House floor before the vote that she has demonstrated her allegiance to the United States through taking the oath “to support and defend the Constitution against all enemies foreign and domestic” when she was in the U.S. Navy more than 20 years and when she was sworn into Congress in January.

“Is that not enough to prove my loyalty to our nation?” rhetorically asked Luria, who voted for the resolution.

However, the resolution does not cite the demonization of Israel as a form of anti-Semitism. This notion has been challenged by Omar and others, who accuse critics of blurring the line between criticism and demonization of the Jewish state, despite the latter being sometimes considered as also anti-Semitic.

Rep. Louie Gohmert (R-Texas) decried it as “watered down.”

“One of the reasons I will vote against the resolution is because we came here because of an anti-Semitic remark and we came here to condemn anti-Semitism, but this resolution adds, changed up over the last hour now condemns just about everything,” he said on the House floor before the vote. “And the reason that is so dangerous is that anti-Semitism, hatred for the children of Israel is a very special kind of hatred that should never be watered down. There has never been a persecution of a people like the Jewish people from 1933 to 1945, over 6 million killed.”

“We support this strong denunciation of anti-Semitism and join the House in rejecting all forms of intolerance and hatred,” said Jewish Democratic Council of America chairman Ron Klein, a former Florida Democratic congressman. “Anti-Semitism does not emerge in a vacuum. It is an indication of larger trends of intolerance in society and should be combated in conjunction with other forms of discrimination.”

“The proposed House resolution released today is an important reminder that our collective safety relies on our collective solidarity, and it is a victory for the organizing and advocacy of the many community organizations who rose up in solidarity,” said Ginna Green, Chief Strategy Officer of Bend the Arc: Jewish Action. “We applaud the House leaders who listened to dozens of groups representing millions of Americans that joined us in pushing for a People’s Resolution, which emphasizes that antisemitism, Islamophobia, racism and xenophobia reinforce each other, and must be addressed together. That spirit is reflected in today’s resolution.”

‘A hateful and dangerous ideology’

Ahead of the vote, Democrats were divided from the resolution itself to what Omar said.

“I just think that we lose too many battles up here arguing over the stuff that’s kind of silly to argue over,” House Majority Whip James Clyburn (S.C.) told The Hill. Everybody talks about how diverse this Congress is. This Congress is not diverse; the Democratic Caucus is diverse. We’ve got 53 black people in our caucus. How many Muslims do you think are in their caucus?”

He continued, “So, it’s going to be different for us.”

Clyburn ended up supporting the resolution.

“I think we need to talk about white supremacy in our country very much more directly than that resolution did in the first place,” said Rep. Rashida Tlaib (D-Mich.), who has also been accused of anti-Semitism, including echoing the dual-loyalty canard, on Wednesday. “And I think we’ve been heard.”

“We all have a responsibility to speak out against anti-Semitism, Islamophobia, homophobia, transphobia, racism, and all forms of hatred and bigotry, especially as we see a spike in hate crimes in America,” said Sen. Kamala Harris of California. “But like some of my colleagues in the Congressional Black Caucus, I am concerned that the spotlight being put on Congresswoman Omar may put her at risk.”

“We should be having a sound, respectful discussion about policy. You can both support Israel and be loyal to our country,” she added. “I also believe there is a difference between criticism of policy or political leaders, and anti-Semitism. At the end of the day, we need a two-state solution and a commitment to peace, human rights and democracy by all leaders in the region—and a commitment by our country to help achieve that.”

Massachusetts’s Sen. Elizabeth Warren said in a statement, “We have a moral duty to combat hateful ideologies in our own country and around the world—and that includes both anti-Semitism and Islamophobia.”

“In a democracy, we can and should have an open, respectful debate about the Middle East that focuses on policy,” she continued. “Branding criticism of Israel as automatically anti-Semitic has a chilling effect on our public discourse and makes it harder to achieve a peaceful solution between Israelis and Palestinians.”

“Threats of violence, like those made against Rep. Omar, are never acceptable,” she added.

Warren’s remarks were condemned by Jeremy Burton, the executive director of the Boston chapter of the Jewish Community Relations Council: “The statement from Sen. Warren is deeply problematic and disappointing. Completely missed the point. This isn’t about fair criticism of Israel, this is about using anti-Semitic tropes targeting U.S. Jews.”

Nope. Sorry. The statement from Sen. Warren is deeply problematic and disappointing. Completely missed the point. This isnt about fair criticism of Israel, this is about using antisemitic tropes targeting US Jews. https://t.co/VSFd9Sg7LY

An example of a threat against the congresswoman was an anti-Muslim poster in West Virginia incorrectly linking Omar to the 9/11 attacks; it evoked bipartisan denunciation.

“Anti-Semitism is a hateful and dangerous ideology, which must be vigorously opposed in the United States and around the world,” said Bernie Sanders, an independent from Vermont who caucuses with the Democrats, but is running as a Democrat in the 2020 race. “We must not, however, equate anti-Semitism with legitimate criticism of the right-wing, Netanyahu government in Israel. Rather, we must develop an evenhanded Middle East policy which brings Israelis and Palestinians together for a lasting peace.”

Organizations such as the Zionist Organization of America and the Endowment for Middle East Truth have taken their condemnations one step further in calling for Omar to be removed from the Foreign Affairs Committee. Members of Congress such as Reps. Liz Cheney (R-Wyo.), Dan Crenshaw (R-Texas) and Adam Kinzinger (R-Ill.) have called for such action.

King, an Iowa Republican congressman, was stripped in January of his committee assignments after he made remarks questioning how terms such as “white supremacist” and “white nationalist” have become “offensive.”

Rep. Doug Collins (R-Ga.), who supported the resolution, passionately said ahead of the vote, “We don’t need a manual to tell us who we can’t hate! How is this so hard! Why do we blow process? Why do we disrespect this institution?” 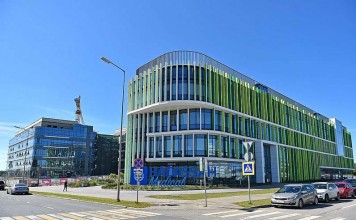 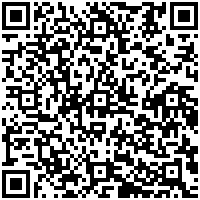